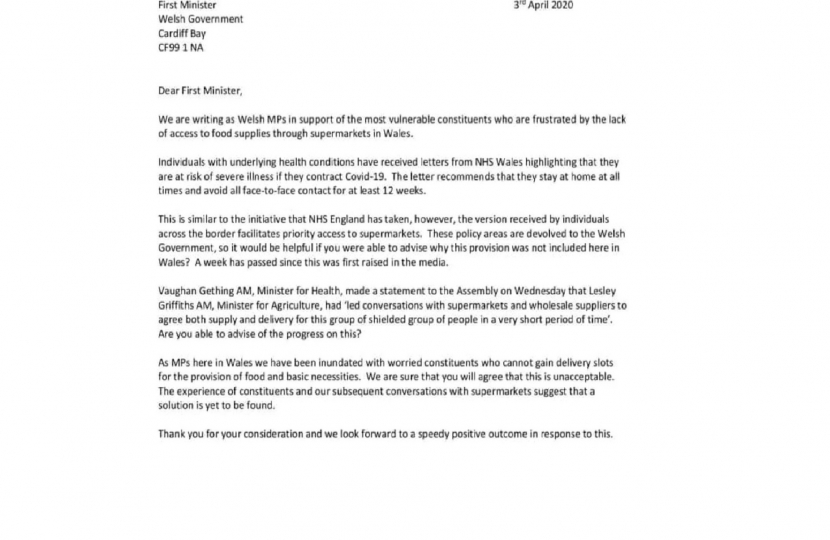 I’ve been contacted by some of our most vulnerable constituents, identified as being at high risk from Covid-19, who are worried that they’re not getting priority access to supermarkets.

As many will have experienced, there are long waiting times for deliveries and a priority service will be vital to the most vulnerable, who are unable to leave their homes.

NHS England recently wrote to vulnerable people, adding them to a shielding group which has access to a range of protections and support services, and the letter provided special code to facilitate priority access to supermarkets.

In Wales, vulnerable people were written to on the same basis but, crucially, it failed to replicate the priority access initiative.

While this is unavailable in Wales, I am extremely concerned about the impact on vulnerable people and have argued that this must change.

I’ve written to the First Minister, along with colleagues, to raise this very serious point and I hope that he will act immediately to fix this.

Update - Since raising this with the First Minister, he has given supermarkets in Wales the data for those who are in the shielding group. However, I recognise that the system in Wales is still not working as efficiently in England and that supermarkets are only able to deal with existing customers.