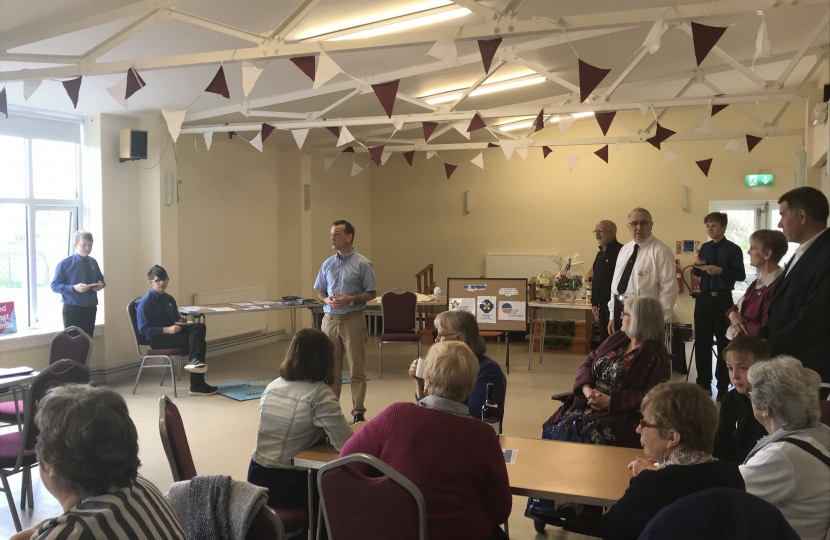 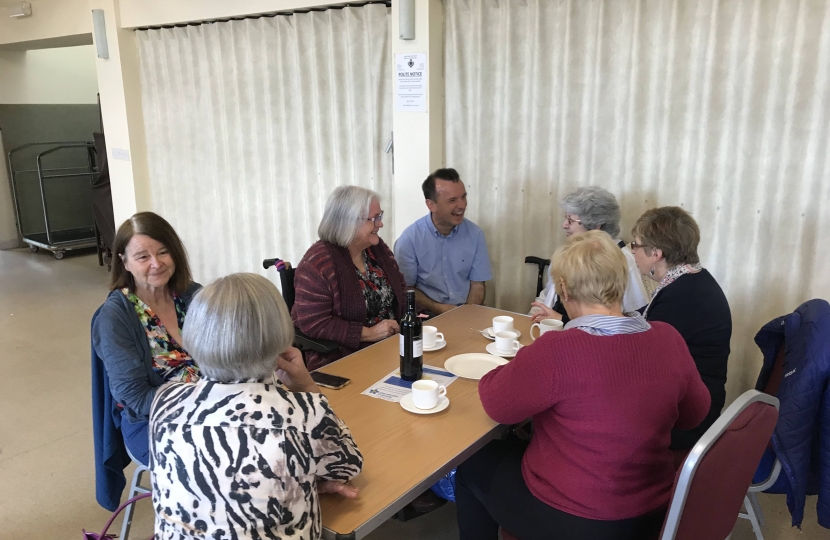 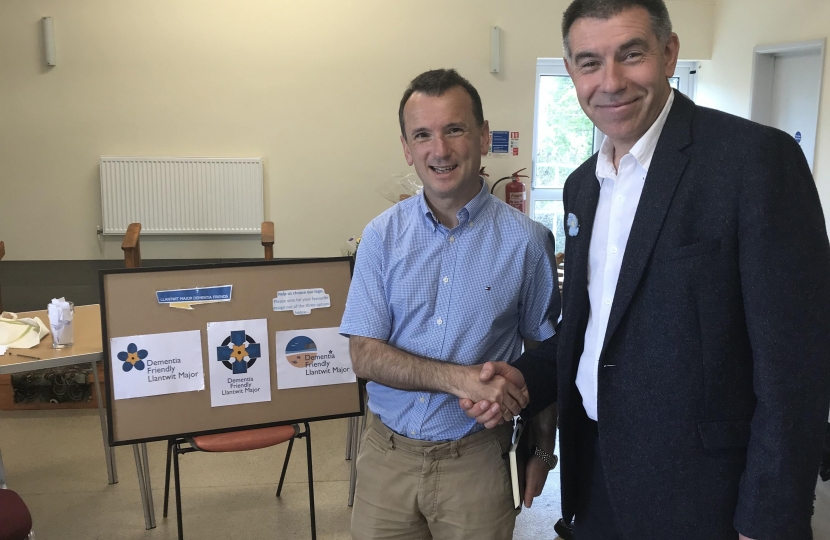 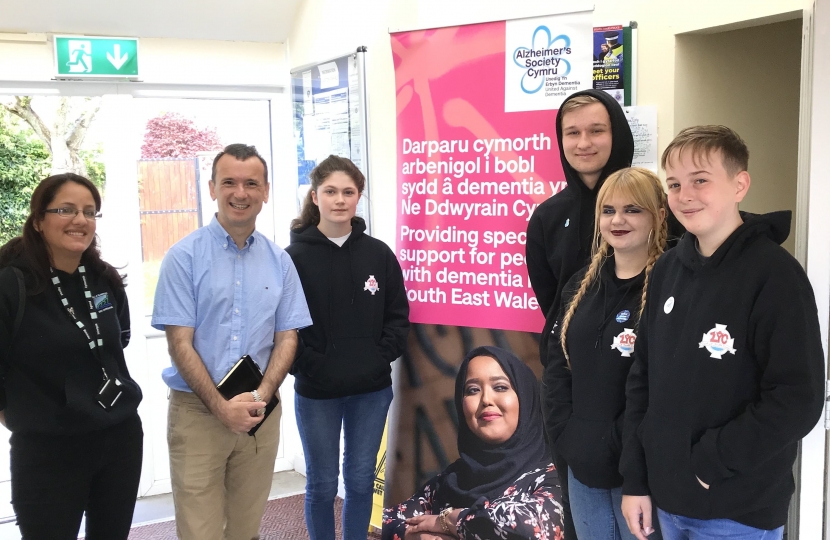 The group is made up of local volunteers who are passionate about supporting people living with dementia in the community and their carers.

The coffee morning helped to raise awareness of the work that the group is doing, which includes providing Dementia Friendly briefings to businesses and community groups. The Group also gave visitors a chance to play a role in helping establish the newly formed group, as members of the public were given the opportunity to vote on and choose the Group’s logo.

Mr Cairns said, “Thank you to everyone who supported the group by coming along to our coffee morning. It was brilliant to see people of all ages engaging with the group and interested to learn about how we will support people living with dementia.”

The Vale MP added, “The whole of the group and I are really passionate about playing a role in raising awareness throughout Llantwit and I want to ensure that we do all that we can to create Dementia Friendly communities across the Vale of Glamorgan. We’ve linked up with volunteers in Cowbridge, who have done a brilliant job over the years and together we are making great progress.”

The group thanked Greggs for donating cakes, Llantwit Major Town Council for their support and a number of local businesses who donated prizes to the tombola, to help raise donations.