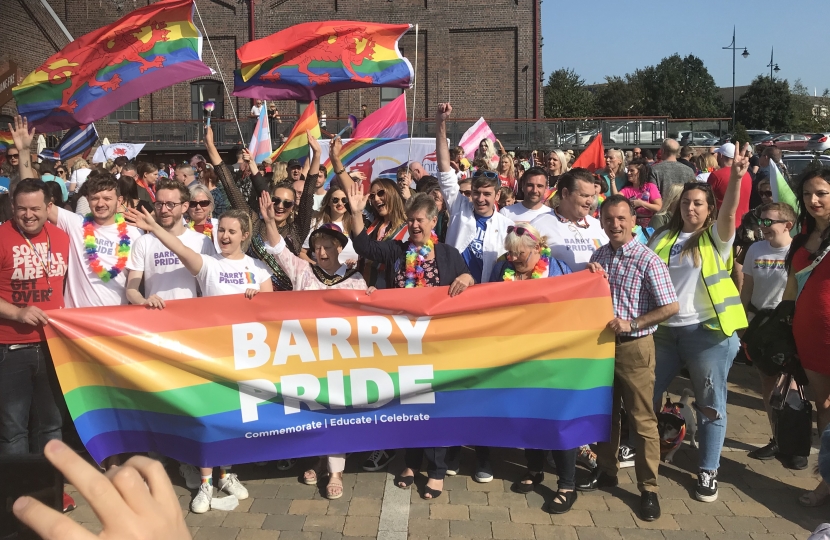 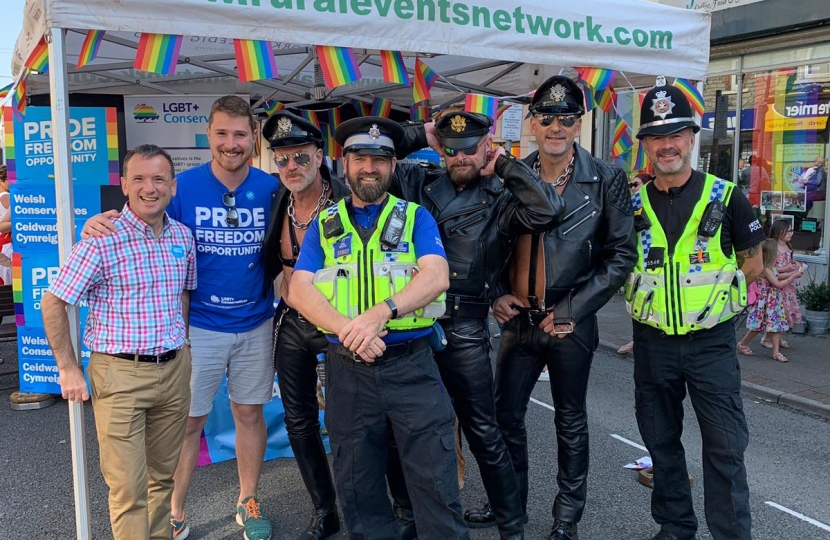 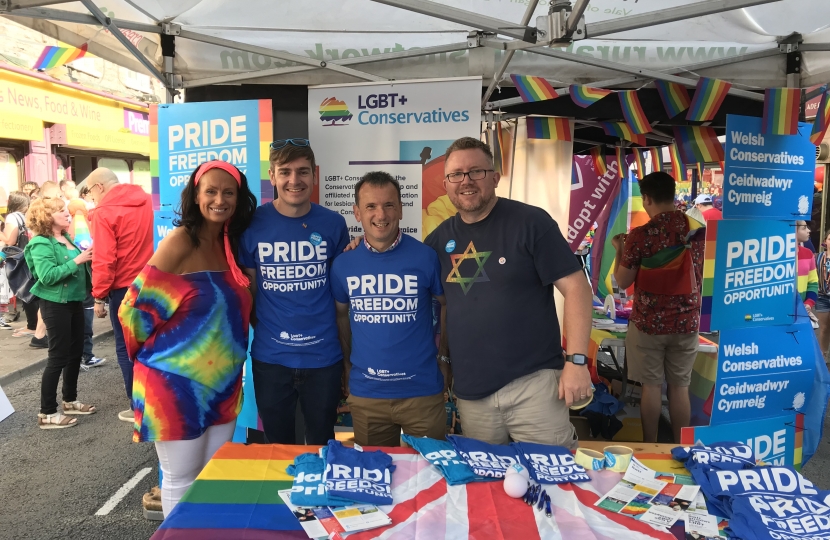 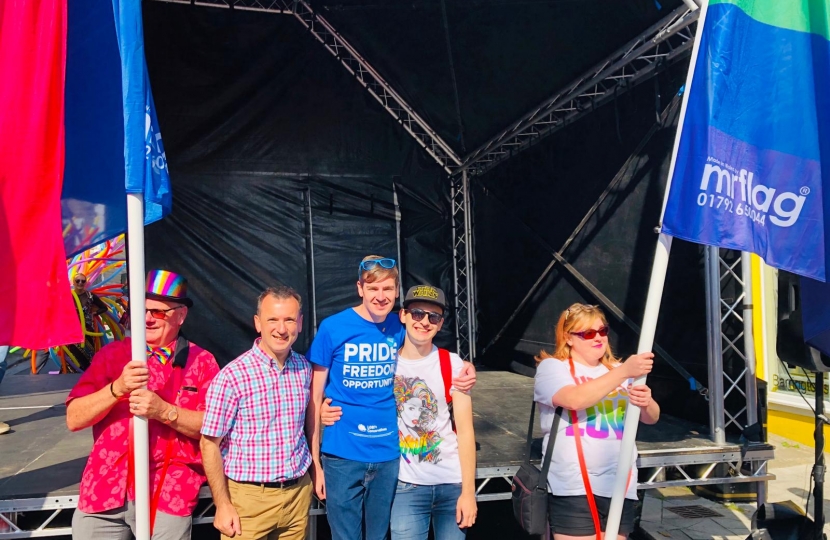 The community gathered in huge numbers in Barry for the town's inaugural Pride event over the weekend.

Hundreds of Barry residents and visitors saw the Pride march start from Academy to the High Street which was adorned with rainbow flags, and an entertaining stage. Businesses across the community and High Street were actively involved by decorating their shop fronts with bright colours and showing their support.

Barry Pride was attended by Vale MP Alun Cairns and Cllr Leighton Rowlands, who is an openly gay conservative councillor and was the first openly gay Mayor of the Vale last year. Both Mr Cairns and Cllr Rowlands took part the Pride March and visited the local shops and stall holders.

Mr Cairns said, “It was a huge honour to take part in Barry’s first Pride event with Leighton and be a part of the march. I thoroughly enjoyed taking part in the event and showing my support. Everyone made a huge effort and it was great to see the community in Barry embracing it. Pride events play an important role in bringing together communities and I’m delighted that it has been such a big success in Barry.”

He added, “I want to pay tribute to Spectrum who sponsored the event and everyone who was involved in organising the day. They did a fantastic job and deserve a huge amount of credit.”

Cllr Leighton Rowlands said, “I was truly honoured to attend Pride in my hometown with my boyfriend but also to attend with Alun who has been very supportive and a rock for me over the many years. I’m already looking forward to next year and I am sure that we can make it even bigger again.”