Calls for Welsh Football fans to return to Jenner Park 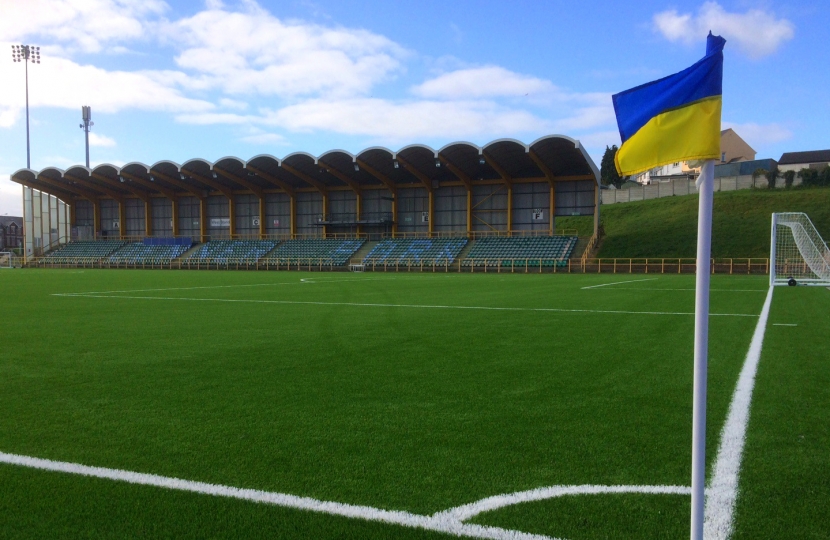 Under current Welsh Government plans there are no sporting or cultural trial events planned in the Vale of Glamorgan. Only Welsh teams, Swansea City and Newport County who compete in the English football leagues are included in the trial event plans.

Alun Cairns MP has written to the First Minister to review these plans and consider including Barry Town United's upcoming fixtures on the 22 or 23 of May.

It has been suggested that a smaller sized event on this scale would provide good data and evidence for more similar sized events to be planned in the future.

Chesterfield stated: "It is a kick in the teeth for Barry Town United FC and all those involved in the Cymru Premier League.

"Like others across the league, our hard-working volunteers and
supporters have not watched a live game in a long time. Allowing supporters to attend, would be a huge boost and a provide a small thank you to all."

"I'm hoping that common sense prevails and that supporters of all clubs involved are allowed to attend the play off semi-finals (22/23 May) and Final (29 May)."

A spokesperson for the Welsh Government told Nub News: “The selection of events to be included in the proposed pilot programme was made on the basis of discussion with venues, local authorities and event organisers, seeking spread across types of event and locations across Wales.

"Managing a safe and successful test events programme will hopefully allow larger gatherings back to stadia, theatres and other venues in Wales.

"We will provide more clarity for the events sector on Friday when we confirm the latest changes as part of the 21-day review process.”