Council Use Emergency Powers to Press Ahead with Trader Charges! 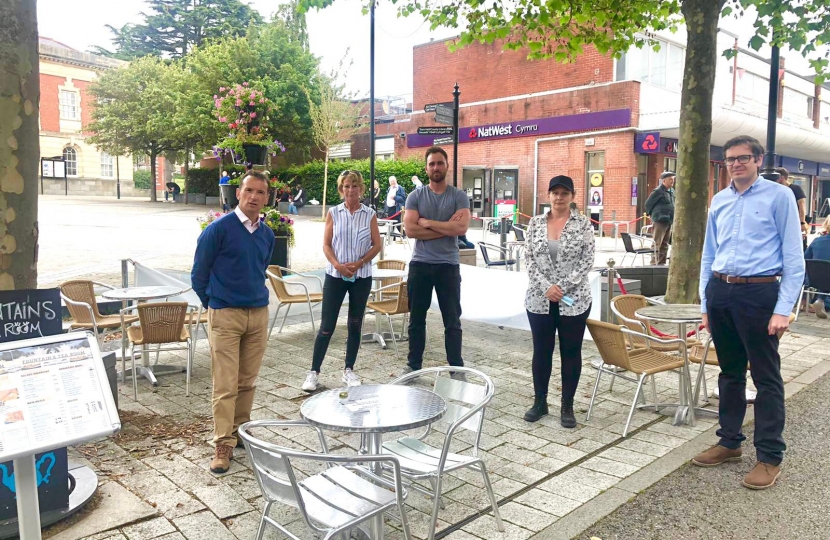 Council Use Emergency Powers to Press Ahead with Trader Charges!

The Vale of Glamorgan Council have written to traders across the county to establish their new policy to charge local businesses for use of outdoor spaces for things such as tables and advertising boards – using emergency powers to implement the charges as quickly as possible!

Under these charges, which apply from 1 July 2021, many new costs will be introduced such as premises with café licenses paying up to £750 each year for the use of 11 or more tables. The new charges also include a £300 annual charge for spaces larger than 5 metres and a £100 charge per advertising board with a maximum of 2 boards permitted per business.

In contrast to many other Welsh local authorities, which have granted traders the use of outdoor spaces during the pandemic for free, the Labour-led Vale Council plans to cash-in on local businesses that have endured their most difficult year ever.

Although the charges have been controversial ever since they have been announced, the Council have added to this controversy by using emergency powers to introduce the charges at the earliest opportunity. It appears that, even during a pandemic which has caused lasting damage to businesses, the Council are determined to push up their costs without delay.

“This is quite unbelievable, particularly at a time when so many traders are doing their very best to remain viable, to support their customers and to adhere to the Covid regulations. At the very least, this proposal should have been shelved until after we are through the pandemic. This approach is desperately out of touch and I urge the Council to reconsider.”

Concerns have also been raised around the impact in terms of Coronavirus, as outdoor hospitality has been proven to reduce Covid transmission. The additional charges could risk pushing businesses to only cater for customers indoors.

Leader of the Conservative Group on the Vale Council, Cllr George Carroll, commented:

“It’s been a torrid year for the hospitality trade, and outdoor dining has offered local businesses a much needed boost. Instead of treating them as a cash cow, the Council should be working proactively with businesses to minimise the disruption restrictions are causing them.”

Local traders have strongly expressed their anger with the charges, with one new business claiming that they are reliant on outdoor trade and that the charges will greatly impact them just as they are getting on their feet.

Further to this Marc, who is the Manager of Caesars, said:

“At a time when we are already restricted in capacity this charge is ridiculous. Just as we are getting back on our feet after the various lockdowns we are being hit by this charge which we see as totally unfair.”

We also spoke to Katherine from Fountains Tea Rooms who explained:

“These letters were hand delivered by the Council just 2 weeks before this weeks before this charge is to be reintroduced, which was really unexpected after the tough year we have had. We are also told that we will be charged £40 a chair for every chair we go over the allocation, this is so wrong.”

They were joined by local Conservative Councillor Leighton Rowlands who said:

With a strong outcry of opposition to the charges, local traders are now hoping that the Council will respond by backtracking on their policy and support them in their time of greatest need.