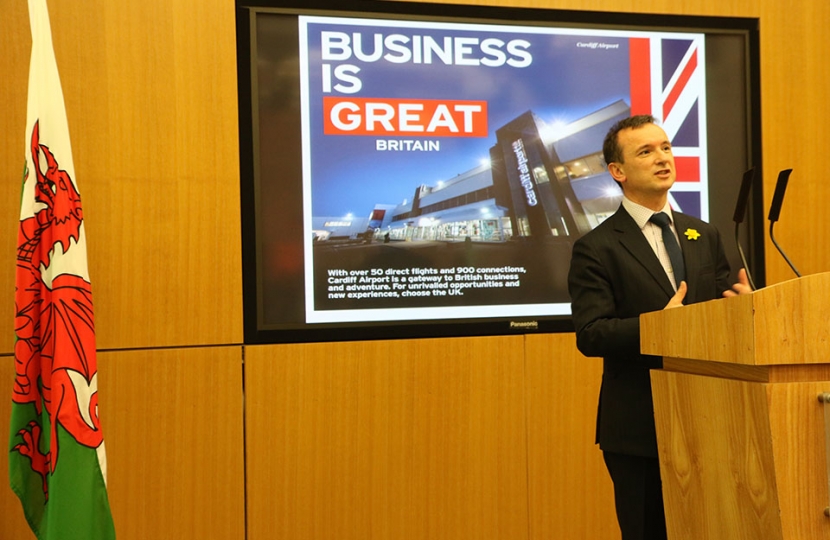 The UK Internal Market Bill will be introduced in Parliament today. The legislation is essential to maintain seamless trade between all nations across the UK after the EU transition period ends but it must also start the fight back to save our United Kingdom.

The roots of the Bill lie with the Act of Union in 1707 before responsibility to protect it transferred to the EU as part of the Single European Market. This Bill will secure the rights of all businesses to trade freely in all parts of the UK.

Devolution has changed our governance arrangements and was established with the assumption that we would always remain members of the EU.  After leaving EU market restrictions in December, there is a risk that devolved governments could act to undermine the integrity of the UK market.  Business could face different regulations; could be blocked from trading or even be exposed to unfair subsidies in different parts of the UK.

Take construction or farming as two examples. Without the Bill, there would be nothing to stop any administration in the UK from introducing a requirement for a local permit to allow a builder or plumber to work to different rules and regulations. There could even be an insistence on different qualifications. Unless we act, qualifications in one or all sectors achieved in one nation could be deemed irrelevant in another.

In agriculture (or any other economic sector), there would be nothing to stop any devolved minister from introducing unfair subsidies. Scotland may choose to double subsidies to beef farmers and drive the rest of the industry in Wales, Northern Ireland and England out of business.

The taxpayer could be exposed to two devolved governments seeking to outbid the other with limitless subsidies in seeking to attract foreign direct investment.

If reports are accurate this Bill will help secure the future of our Union of nations. Current legislation prevents the UK government from supporting businesses or local authorities in Scotland, Wales and Northern Ireland. When a major business is under threat or a local authority in a devolved nation is under pressure, Covid exposure being an example, the UK Government is powerless to act. Existing legislation means that any intervention must be with the agreement of the devolved government.  Businesses don’t understand this and Nationalists exploit the position to serve their own separatist agenda.

When I first became the Secretary of State for Wales in 2015, Tata Steel plants were under threat of closure. Although business support is devolved along with the funding, the then First Minister said that the problem was too big for the Welsh Government and that the UK government had to step in – except legislation to support the community in event of closure prevented me from acting.

Similarly, there is no means for UK government to support cultural activities outside England, highlighted by recent difficulties in developing the Festival of Britain planned for 2022. This raises the question of who is responsible for promoting UK culture to people in Scotland? The Scottish Government will hardly do it!

I have no doubt that the devolved governments will claim this a power grab but even in the most federal constitutions around the world, central government has the power to act in addition to the local legislature.

We are not a federal state and people have the right to expect the UK government to support them and their communities wherever they live. This Bill can make this possible.

Although the primary role of this Bill is to protect the UK Market, it’s also the start of the Union fight back.