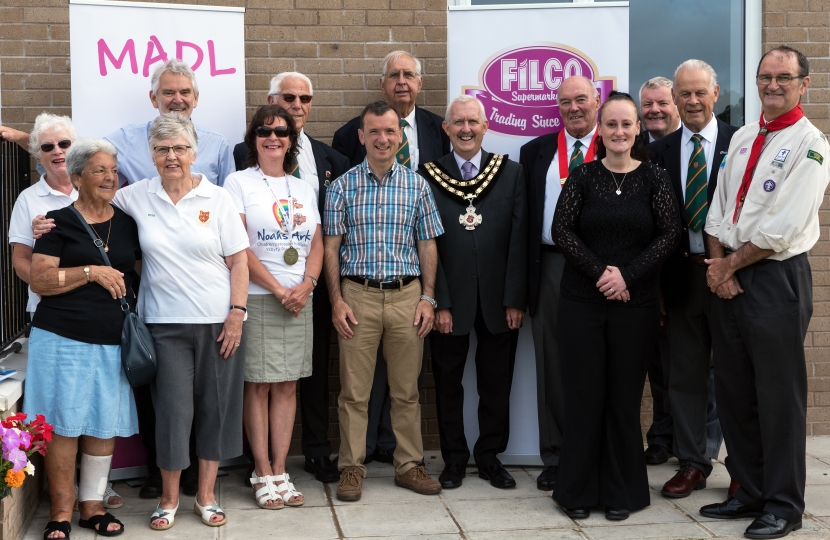 At the presentation on Saturday, Filco Director Ian Hunt made donations to Llantwit Major Bowls Club, Llantwit Major 1st Scouts, Vale Plus and Noah’s Ark, which will support their ongoing work in the community.

Ian Hunt, Director of Filco, said, “Filco Supermarkets are delighted to support these four excellent causes with a MADL donation. They have all supported local communities and made a positive contribution to day-to-day local life. I want to say thank you to them for all that they do.”

Mr Cairns commented, “I want to pay tribute to Filco for their strong and continued commitment to our community. I particularly want to recognise the huge role that Ian Hunt plays in shaping Filco’s community focus and for identifying worthy causes in Llantwit that will benefit from their support. Each of these organisations play a key role in our area, whether that’s providing activities for children or supporting the most vulnerable, and I am delighted that they have received these donations to support their work.”