Flying the Flag for the Vale 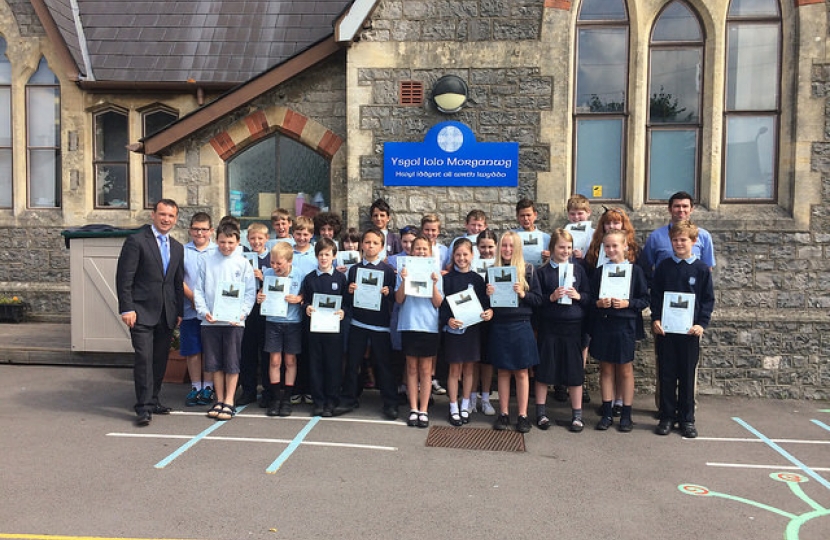 Vale MP Alun Cairns is pleased to announce that Ysgol Iolo Morganwg has been nominated to represent the Vale of Glamorgan at next year’s parliamentary celebration of the Magna Carta.

The Magna Carta, one of the fundamental documents of British history, is 800 years old next year, and to celebrate, Parliament has invited every MP to nominate a primary school to design a flag to represent their community – Parliament’s 2015 Flag Project will bring together schools from across the UK.

“This is an absolutely brilliant announcement, and I have no doubt that the school is extremely excited and this once in a lifetime opportunity for its pupils.

“I know that the school was specifically commended on its ‘democratic engagement’ with the community and Parliament, and has participated fully in Elections and Voting workshops.