Fun in the Sun in Llandow Village Fete 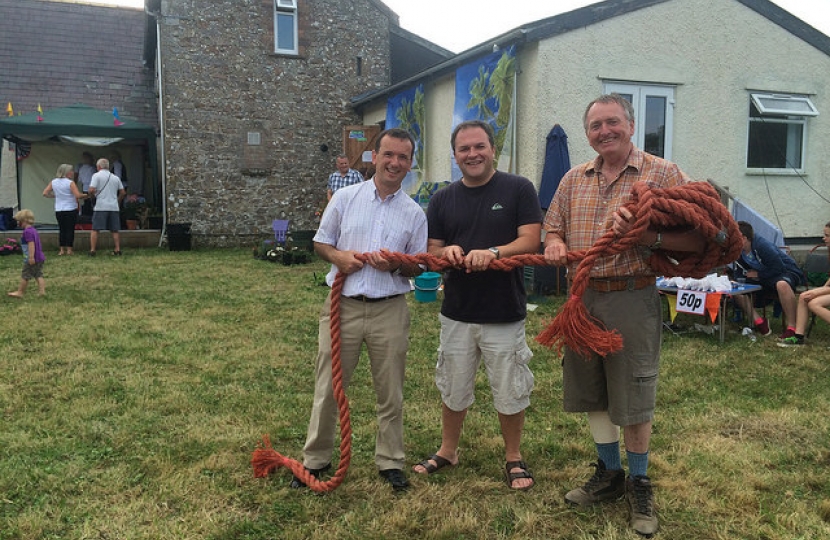 The day was held in glorious sunshine, accompanied by stalls, homemade food, a valuable auction and a raffle.

Local MP Alun Cairns attended and said that he felt that every villager had turned out it was so packed. Local residents were entertained with a host of fun and games, including tug of war and a competition to build towers from marsh mallows and cocktail sticks!

“I was delighted to be invited to such a fun and exciting event. I had a great afternoon with local villagers. It is one of the most traditional Fetes across the Vale.

They hosted a fantastic day and should be really proud of their community, as well as the standard of the homemade cakes! The Tug of War proved to be especially entertaining for myself and Jonathan Hill.”