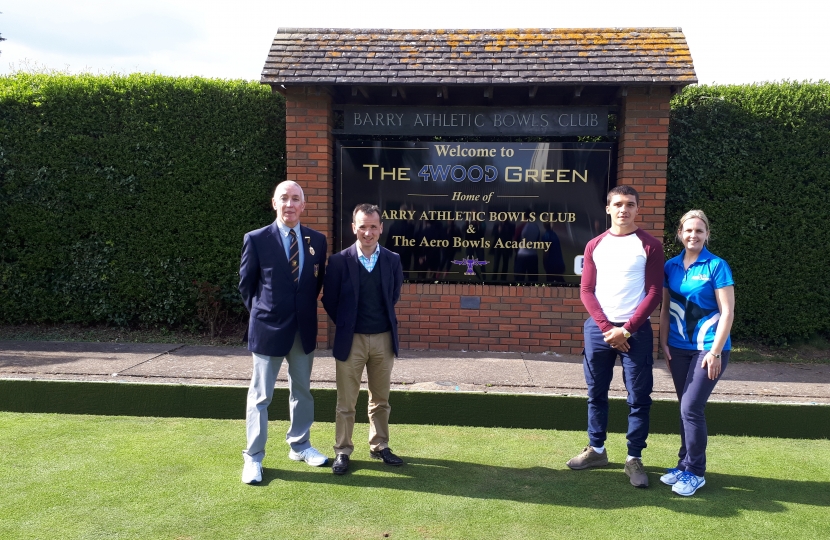 The launch, at the green at Barry Island, was attended by many local enthusiasts, as well as some who are considering taking up the sport this summer. Barry’s own world champion boxer Lee Selby was also present to give some words of encouragement to the club, as somebody who has first-hand experience of the world of professional sport.

Barry Athletics Bowls Club has a history of over 100 years in the sport of bowls and has produced numerous worldwide players, including representatives for Wales and the UK on international platforms such as the Commonwealth Games.

Vale MP, Alun Cairns, who opened the new green commented, “It was such a privilege to cast the first bowl on the bowls green in Barry. I wish the club every success for the future and have no doubt that this brand new facility will attract a number of new members, keen to try out the sport.”