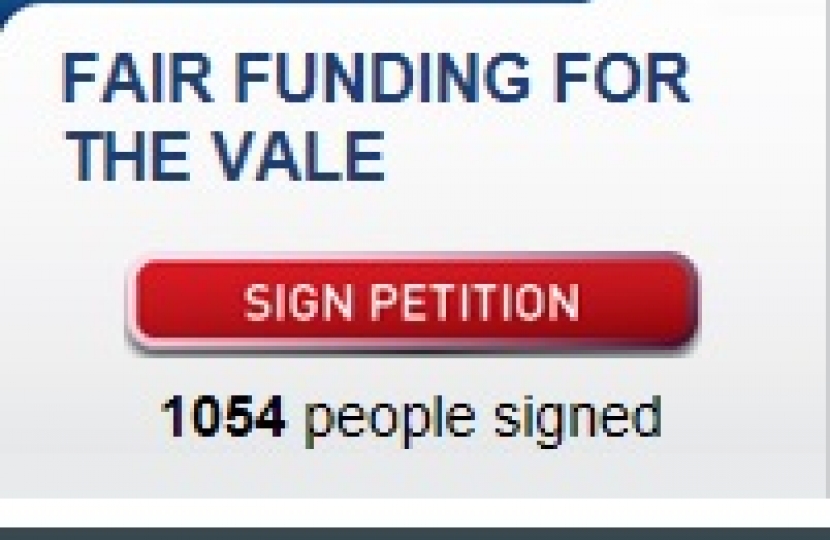 Alun Cairns said that he is encouraged that the leader of the Vale’s Council, Neil Moore is considering joining him in approaching the Assembly’s First Minister to seek a better financial settlement for the Vale of Glamorgan.

Until their recent meeting, Coun Moore had refused to join Mr Cairns’ campaign for a better settlement for the Vale. Mr Cairns said that although Coun Moore hadn’t yet agreed, he is encouraged that council leader agreed to consider it.

Alun Cairns said, “Councillor Moore initially rejected my suggestion to form a joint delegation to meet the First Minister to explain the poor settlement we receive but it could well be that persistency has paid off. I am encouraged that he has agreed to consider it.

“This potential change of heart took place when I met the Vale Cabinet just over a week ago. I am still waiting for a formal response but am optimistic that no news is good news.

“We will only win on this issue through an all-party approach. Some independent councillors and Plaid Cymru support the need for a change in the formula and I now hope we can gain support from Labour. After all, they are the key ones because it is their Party that decides how much the Vale should receive from Cardiff Bay.

The local MP disclosed last year that the Vale is one of the poorest funded Council’s in Wales. Alun Cairns has been campaigning since that time for an improved settlement. He showed that Cardiff gains an extra £202 per person from Cardiff Bay and that Bridgend receives an additional £226.

If the Vale received the same level of funding per person as Cardiff, there would be an additional £25M to spend each year locally.