Local Resident to get Ushakov Medal 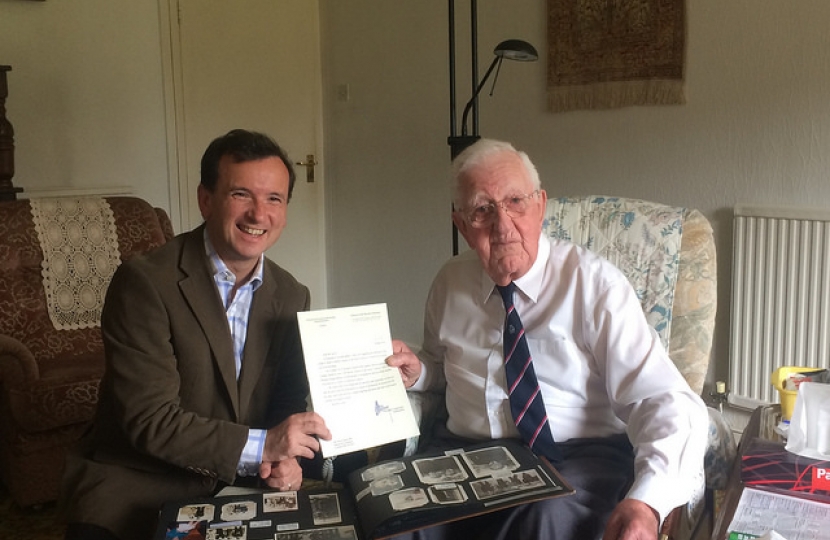 On the day that the D-Day commemorations were being marked, Local MP Alun Cairns visited 90 year old Roy Williams to deliver the news that he was to be awarded the Ushakov Medal for his services during the Second World War. Alun had been approached by Roy Williams following a story that had been run by the Gem in November 2012.

The Vale MP took the matter up directly with the Russian Ambassador, who responded personally advising that Mr Williams would be invited to a formal presentation over the summer months.

Mr Williams from Cowbridge had been awaiting news of the Ushakov Medal for which he had applied following the Russian Government‘s decision to award a campaign medal for those service man who had taken part in the Artic Convoys during the Second World War.

“Mr Williams had been waiting for his medal since the article was first written. There had been no indication when the Russian Government were planning to present veterans with their campaign medal. Mr Williams had served as a radar mechanic on a fleet carrier which had been used to protect convoys travelling between Scapa Flow, around the top of Norway to Murmansk.

“In light of recent tensions between Western Governments and Russia, Mr Williams was concerned that there may be further delays in the presentation of the medal and he contacted me for help.

“I was very sorry to hear of Mr Williams’ situation and immediately contacted the Russian Ambassador in London. The response said that the Russian Government was committed to awarding the medal and arrangements are currently in hand for ceremonies to take place over the summer to award the medal.