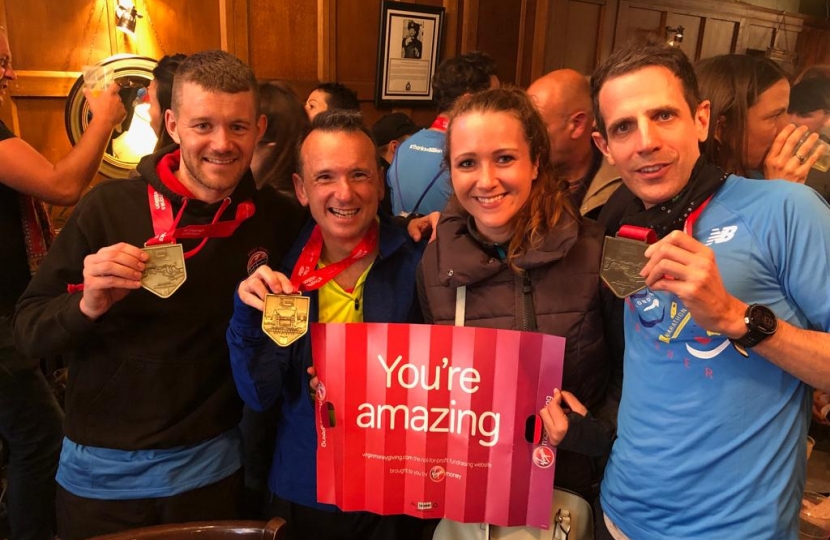 It was a fantastic occasion with a large following from local running clubs including Major Milers, Seriously Mad Runners (SMR) and Penarth & Dinas Runners, all making the trip to London in support.

Ben ran the 26-mile course in an impressive 2 hours and 32 minutes, while Gareth wasn’t far behind, completing it in 2 hours and 49 minutes, with both achieving their personal best times. Alun finished in 3 hours and 45 minutes, which he claimed was a credible time given his age disadvantage!

After the Marathon, Mr Cairns met with his fellow runners from the Vale for a drink to celebrate their achievements, which included local runner Bethan Apglyn who was there to support them. They are all regular participants in the Barry Island Parkrun.