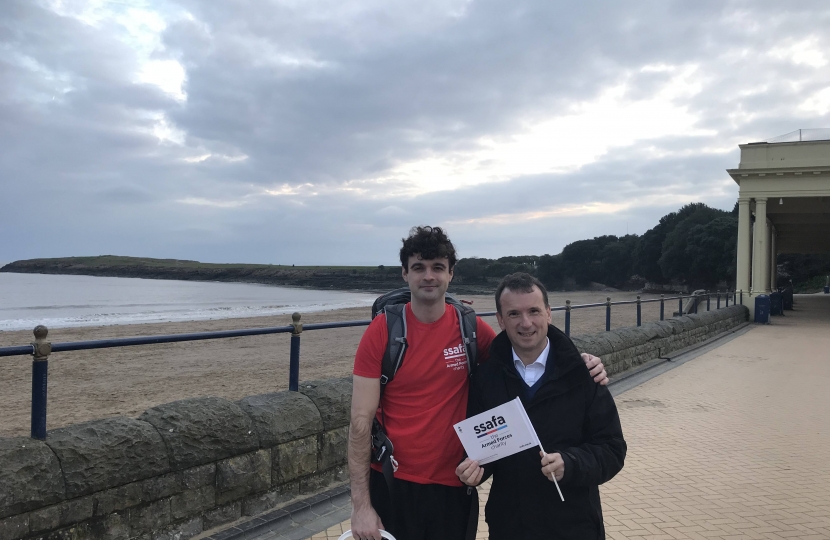 Speaking ahead of his climb, Lewis said, “I’m ex-Royal Navy and served for five years, spending around three and a half at sea. I currently work for Openreach and along with 20 other Openreach personnel, I will be tackling Mt Toubkal to raise money for SSAFA. Most of us are ex-Forces and a few are very supportive civilians. We all have personal reasons for doing this. Mine is that I and my family have utilised SSAFA’s services and this is a chance to repay them.”

He added, “SSAFA are helping ex and currently serving members of the Armed Forces with any poor situation that they may face. This can range from confidential help for PTSD, right the way to financial assistance for families and everything in between.”

Lewis, who lives in Rhoose, has sought out advice from Vale MP Alun Cairns on the best ways to raise funds ahead of his climb, given his experience of raising funds for charity over a number of years.

Mr Cairns said, “I’m really pleased to support Lewis. We had a long discussion about how he can reach his target and I’m confident that he will. SSAFA provides vitally important support for veterans and their families. It is great to see Lewis not only raise funds for the charity but also raise the profile and awareness of the great work they carry out.”

Lewis has a charity box at Fat Boys Fish & Chips on Holton Road and you can also support him by donating via: link https://ssafa-openreach.charitycheckout.co.uk/pf/lewis-morgan