MP joins local residents at No 10 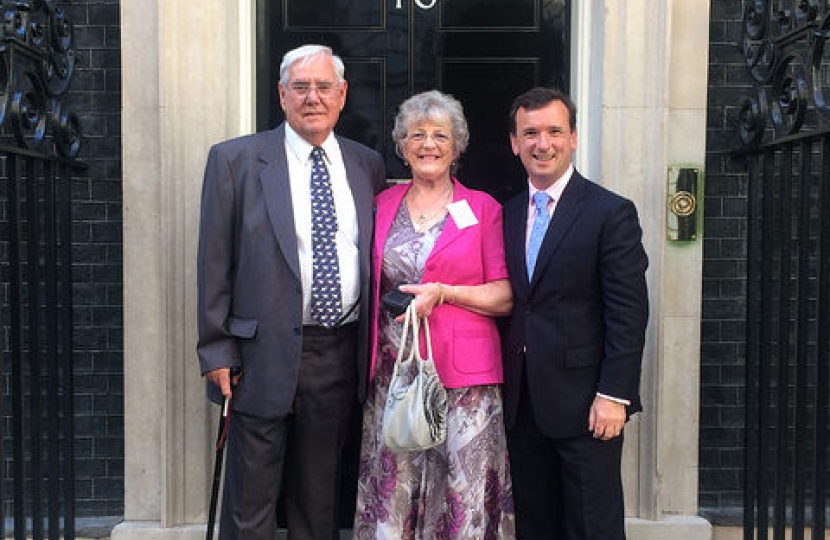 Barry residents Jean and Sid Pycroft, joined Alun Cairns MP in a visit to Number 10 Downing Street in honour of their outstanding contribution to SUDEP (Sudden Unexpected Death from Epilepsy).

Mr & Mrs Pycroft had been invited by Samantha Cameron to join her in support of SUDEP Action. Mr and Mrs Cameron suffered the loss of their son to the condition, as did Mr and Mrs Pycroft some years ago. The charity was originally set up by five women, who came together following the death of loved ones and is the leading voluntary organisation in the UK and internationally.

“I was so pleased to be able to join Sid and Jean for this reception. Mrs Cameron hosted the event and it was a lovely evening.

“Jean and Sid, sadly, know all too well the impact of this condition when they suddenly lost their son Jason in 2009 to the condition.

“They have been tireless supporters of SUDEP and I know they have raised a tremendous amount of money for the charity.

“They are an inspiration and this goes a small way to recognising their hard work on behalf of SUDEP.”