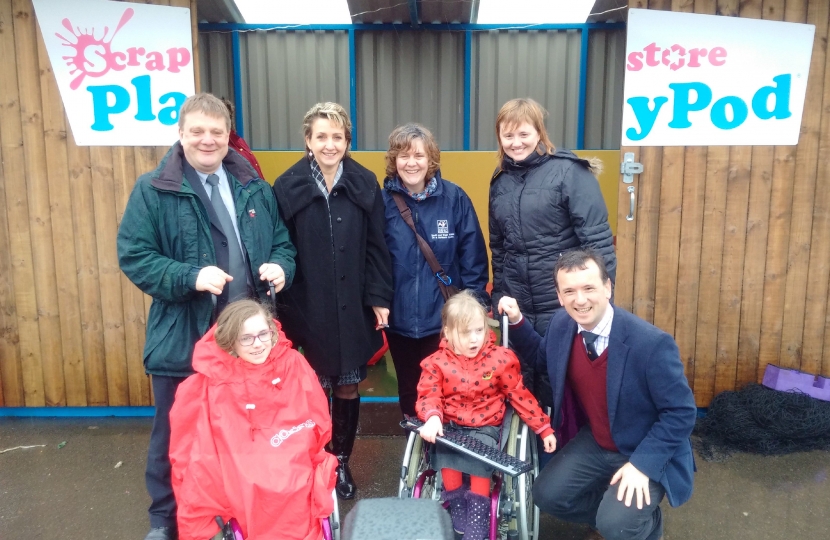 Vale MP Alun Cairns joined pupils and staff at Palmerston Primary School in Barry for the official opening of a new PlayPod facility in the school playground.

Mr Cairns joined pupils, teachers and staff from Dow Corning, the local firm that donated funds to install the new facility. The new pod makes use of useable scrap from businesses for children to learn and play with in the playground.

Mr Cairns said: “I was very impressed with the new PlayPod that has now opened at Palmerston Primary School. A great deal of effort and fundraising has gone into in opening this new facility. I fully support projects that allow children to learn new ways of play that encourages youngsters through different activities.”