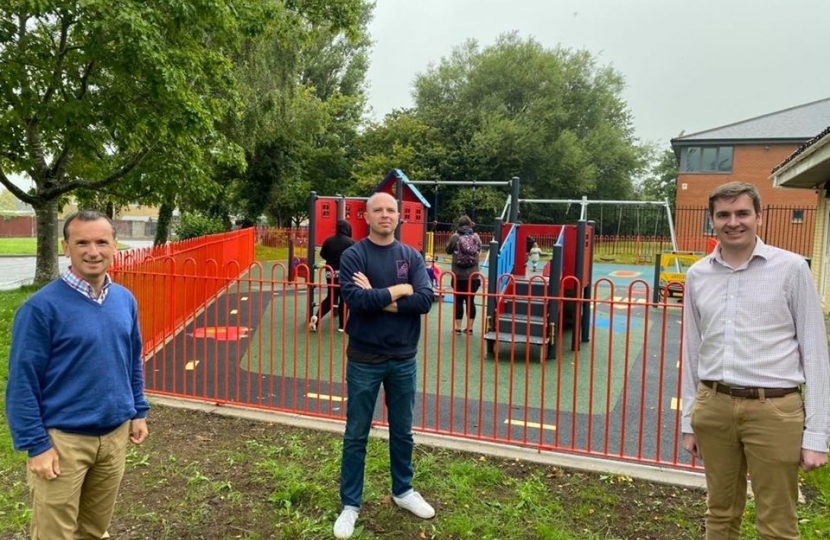 Local Councillors, Vince Bailey and Leighton Rowlands, have confirmed that the upgrade of the Highlight Park playground has now been completed, following a campaign by residents which has run since 2017.

Having undergone a total revamp, the new play area occupies the same space as the old one, but now has improved equipment and an emergency services theme.

Cllr Vince Bailey said, "We’ve long been campaigning for improvements to be made to the playpark in Highlight Park and it’s great to see that those plans we fought so hard to secure are now complete."

Cllr Leighton Rowlands said, "It's wonderful to see the transformation of this park, and with everything that’s happened over the last few months it’s great to see that local residents now have a state of the art facility they can enjoy. We are appreciative of the work of council staff to take on board our concerns and make this happen."

Local MP Alun Cairns said, "It's great to see the playground at Highlight Park completed following the significant upgrade providing new equipment. I want to congratulate Vince and Leighton who have worked so hard to get this fantastic facility delivered for the children locally."