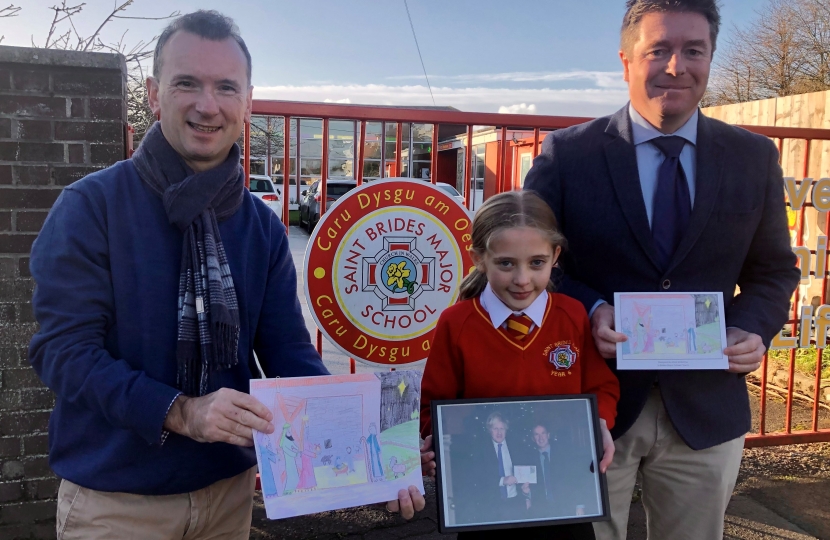 Alun Cairns MP was ‘delighted’ to announce St Brides Major pupil, Elsie Mckenna as the winner of his annual Christmas Card competition last week. The Christmas card was judged by Prime Minister, Boris Johnson earlier in December. Elsie was awarded a prize aswell as a picture of Alun Cairns and the Prime Minister holding the winning card.

Year 6 pupil Elsie was thrilled with the award after her nativity scene design was announced the winner amongst hundreds of other designs. Alun Cairns commented, “Elsie’s design was really special and was the standout winner in the eyes of myself and the Prime Minister. I run this competition every year and I receive such brilliant designs.”

Alun Cairns met with Headteacher of St Brides Major Primary, Mr Duncan Mottram to award the prize who stated, 'I am absolutely delighted that the winner of this competition has come from St Brides Major CW Primary School. It is a fantastic achievement for Elsie to have her design chosen by the Prime Minister from hundreds of others. She is a talented artist and I'm sure anyone who receives a Christmas Card from Alun this year will be very impressed with the design'.