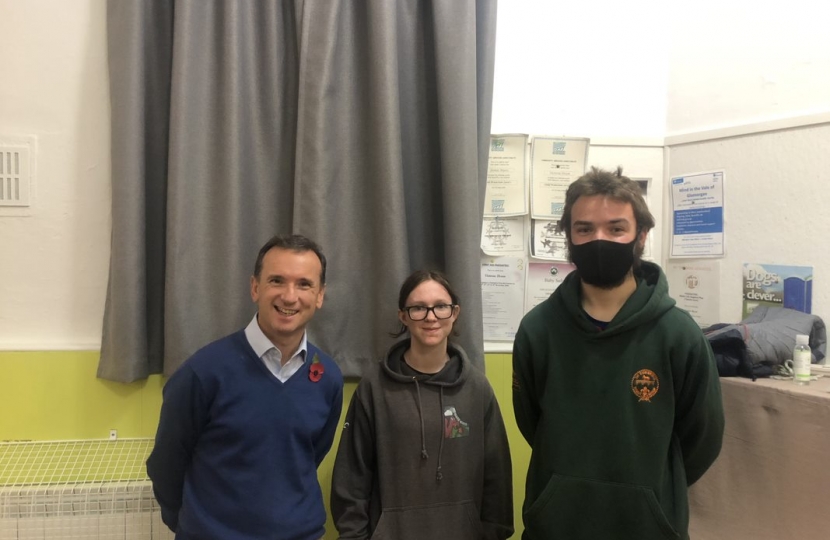 Two Scouts aged 17, supported the rescue of a caver in the Brecon Beacons this past week. Ellie Davies and James Hallihan from St Athan Scout Group were present at the rescue and supported the larger operation to save caver George Linnane.

Ellie and James were part of a large network of amateur cavers who formed part of the voluntary effort to rescue the caver. Alun Cairns MP met with them both to congratulate and commend them on their fantastic efforts in the rescue. Cairns said, ‘it is remarkable that these two young cavers were able to support such a monumental cave rescue. It is thanks to Ellie, James and all the volunteers for their incredible efforts in saving George Linnane’s life.’

St Athan Group Scout Leader Gary also praised the two and said he was proud of their achievements in the rescue.

Both of the young scouts are budding cavers who are awaiting their 18th birthdays before they can cave solo. Ellie stated that she had been caving since she ‘was three years old’!