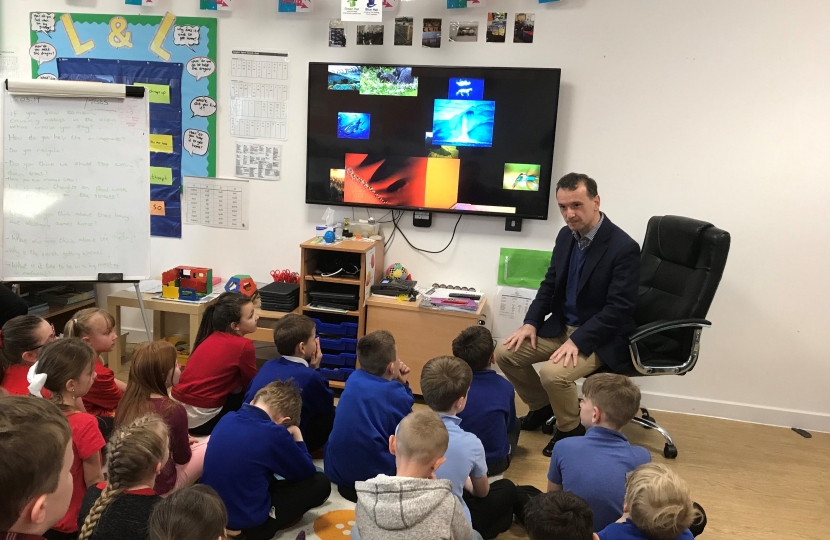 Vale MP Alun called on Jane Hutt, local Assembly Member for the Vale and Chief Whip in the Welsh Government, to ask that she joins his cross-party campaign for better school funding settlement for the Vale.

Mr Cairns wants a cross Party delegation to meet First Minister to highlight that the current funding settlement within Wales is biased against schools in the Vale of Glamorgan.

He argues that the Welsh Government’s current funding arrangement is unfair to the Vale of Glamorgan and that schools in neighbouring authorities, such as Rhondda Cynon Taff, Cardiff and Bridgend, continue to be funded to a much higher level per pupil.

Research has shown that the way in which the Welsh Government calculates the funding formula creates a bias against the Vale and results in the Vale of Glamorgan consistently sitting in the bottom places of the local authority funding table.  The data set the Welsh Government choses to use to make their calculations are in some cases more than 20 years old, in spite of population changes.

Mr Cairns believes that current data would result in a better settlement for the Vale and put local schools in a fairer position when setting their budgets.  He said that the Vale is not receiving the benefit of the new funding settlement he agreed with the Treasury and Welsh Government, which means Wales receives £120 for every £100 spent in England.

Alun Cairns added “As Secretary of State I have negotiated a new settlement for Wales that gives the Welsh Government 20% extra funding over the money received in England.  The Vale is not getting its fair share.  Money is being diverted elsewhere in Wales.”

With the start of the new financial year, headteachers and school governors in the Vale of Glamorgan have voiced their dismay at the chronic underfunding that they face and the impact this will have on their pupils. Mr Cairns has responded by relaunching his campaign for better funding and has asked Mrs Hutt to put party politics aside in the interest of local children.

Mr Cairns said, “The underfunding of Vale schools has caused significant issues and has now reached breaking point. I recognise that Jane Hutt holds an important position of influence within the Welsh Government and so I’m asking her to work with me to find a solution.

I want all political parties to join me in meeting with the First Minister to discuss a way forward.  Vale schools deserve their fair share of the extra money made available by Westminster so that local schools can provide children with the education and facilities that they deserve.”

Mr Cairns previously raised this issue with the Welsh Government, who have so far resisted calls to change their funding formula. The Vale MP worked with leading local headteachers, the Vale Council Leader and others to organise a cross Party campaign to the Welsh Government seeking a change.

However, on that occasion other political parties did not take up his offer of engaging with his campaign.

The Welsh Government said that in order to change the formula, all 22 local authorities in Wales would have to agree.  A scenario, Mr Cairns said, which is highly unlikely to happen because some other authorities would stand to lose from the more advantageous position they are in now.