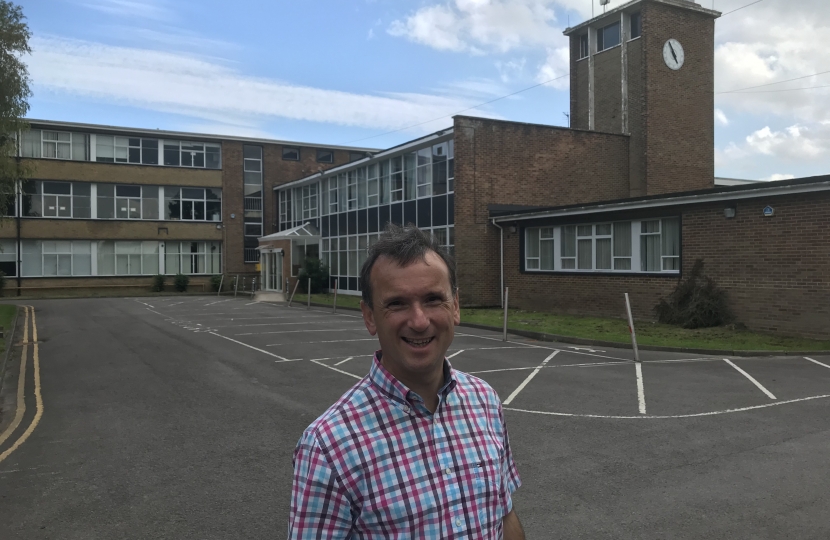 Last summer, the National Assembly for Wales’ Children, Young People and Education Committee produced a Report into School Funding in Wales. Among other things, the Report recommended a review into the funding system and identifying the basic minimum cost is of running a school and educating a child in Wales, before allocating additional resources required for other factors such as deprivation and sparsity and local circumstances.

Almost 6 months after the release of the Report, Mr Cairns says the Welsh Government has failed to act and has called on the Education Minister, Kirsty Williams AM, to introduce the change that Vale schools need. He has pointed to the additional funding for education from Westminster, which sees Wales receive £120 for every £100 spent per head in England, as the perfect opportunity to fix the funding crisis.

As a longstanding campaigner for fair school funding, Mr Cairns has met with headteachers from across the Vale to discuss the challenges that the underfunding is creating for schools and the impact it has on delivering for pupils. Together they are reviving the challenge to the Welsh Government.

Mr Cairns said, “The underfunding of Vale schools by the Welsh Government is completely unacceptable. The UK Government has just given a significant boost to education funding, resulting in an uplift for Wales. Unfortunately, the Welsh Government have still refused to deal with it. This is despite the Committee Report finding that it needs to be reviewed and the Education Minister initially agreeing to the recommendation.”

He added, “I have written to the Education Minister to bring the matter to her attention once again and I am aware that headteachers locally have also demonstrated the challenges they face due to underfunding. It’s vital that this is dealt with at the earliest opportunity to ensure that our pupils have the best opportunities in their education.”

The Vale Council have provided an update on the measures they are set to take to prevent the ongoing car parking disruption and to tackle the reports of anti-social behaviour.