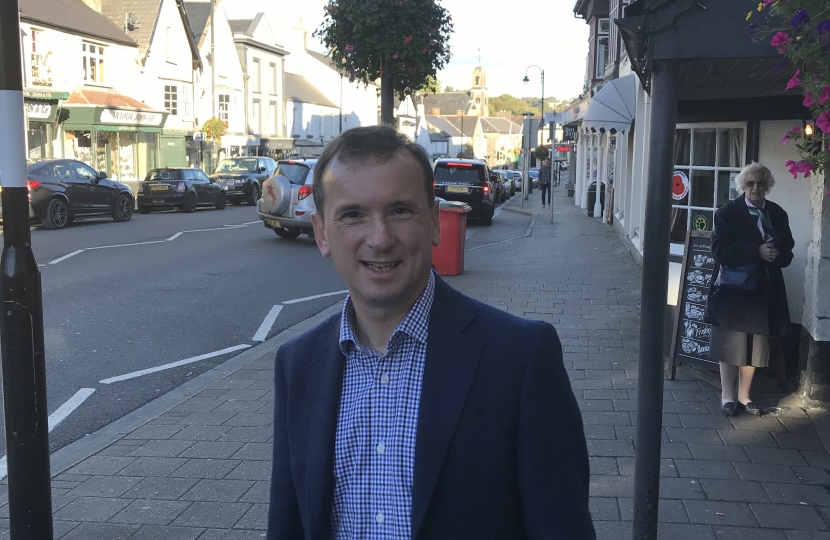 Vale MP Alun Cairns has expressed his disappointment in the Welsh Government’s business rates announcement, which will still see many businesses in Wales paying thousands of pounds MORE in business rates than their counterparts in England.

Figures show that a business with a rateable value of £12,000 will pay a minimum of £3,260 more in Wales than in England, which Mr Cairns argues makes Wales a less attractive place to do business and less competitive.

Under the UK Government’s business rates relief scheme, businesses with a rateable value of up to £50,000 will receive a 1/3 cut in their rates. The Welsh Government has been given the funding by Westminster to implement the same rate relief in Wales.

There is now widespread disappointment that the announcement by the new First Minister Mark Drakeford falls short of the commitment given to businesses in England. Mr Cairns has criticised the Welsh Government for continuing to impose the most expensive business rates anywhere in Great Britain, putting Welsh businesses at a strong disadvantage compared to their English counterparts.

The Welsh Conservative policy is that all businesses with a rateable value of up to £15,000 should receive 100 per cent rate relief.

The Vale MP said, “This announcement leaves many businesses in Wales at a disadvantage in comparison to businesses in England. We can see that there is an additional cost to traders in Wales of thousands of pounds, which makes a huge difference to the Vale’s small businesses.”

Mr Cairns added, “It comes as no surprise that people locally are angry that the Welsh Labour Government are once again introducing policies which result in Wales being less competitive and a less attractive place to do business. The risk of a more hostile environment for business damages our local economy and stunts job growth. Meanwhile, the UK Conservative Government has worked to help business in Wales through measures like scrapping the Severn tolls. It’s disappointing that while we are working to improve the economy in Wales, the Welsh Government is failing.”