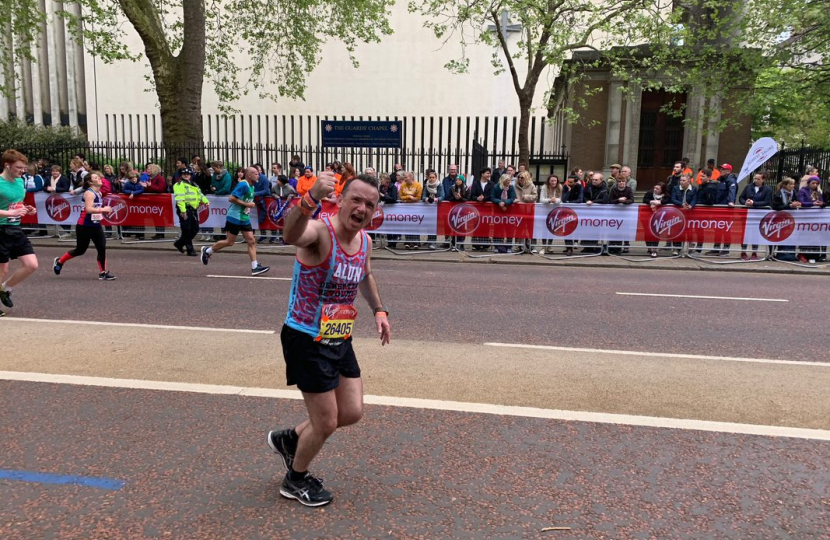 Alun Cairns was first elected as the Member of Parliament for the Vale of Glamorgan in May 2010.

Alun lives in the constituency with his wife Emma, who runs her own small business, and their son Henri. Alun's father was a welder in British Steel and his mother was a shopkeeper.

First becoming aware of politics whilst growing up in a deprived community near Swansea, Alun saw the integral part that local business plays in the community through a close hard-working family member who ran her own small grocery shop and worked all hours possible for almost fifty years. His other great interest is economic affairs and completed an MBA as a mature student, specialising in inward investment policy. In July 2014, Alun became Parliamentary Under Secretary of State for Wales and a Government Whip, later appointed as Secretary of State for Wales in March 2016 and served in this role until October 2019.

Within Parliament, Alun has membership of numerous APPG's covering a wide range of topics such as energy security, broadband and digital communication, parkrun, tennis, beer, and many more.

In his spare time, Alun is a keen runner and loves running in the London Marathon. In 2015, Alun helped to set up Barry Island Parkrun, the first of its kind in the Vale. In 2022, Alun will be running his tenth marathon having previously run for local and national charities such as: Atal y Fro (Vale Womens Charity), Ty Hapus, Guide Dogs Cymru, Dementia Revolution, Marie Curie, NSPCC Wales, Heads Together, Breast Cancer Now, the Brain Tumour Charity, Macmillan Cancer Support, and Age Connects.

In total raising over £70,000 for charity! This year, Alun will be running for Parkinson's UK and Calon Hearts.

If Alun can help you in any way, please let him know here.