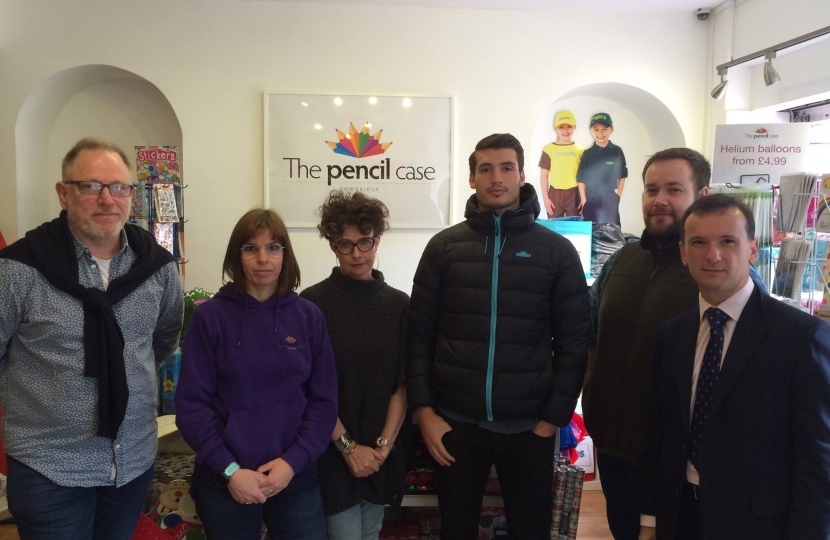 New business rates due to come into force in 2017 could have a serious impact on Cowbridge High Street according to local traders, with some warning that shops will close.

The new, increased rates will result from the periodic revaluation of business premises which usually occurs every five years to reflect changes in the property market. The latest revaluation has put a significantly higher value on Cowbridge premises than when they were last estimated in 2008.

The average increase in rateable value across Cowbridge is estimated to be 25%, with values on the fashionable Eastgate end of the High Street judged to have risen by nearly 45%.

Shopkeepers will be taking action next week following a meeting with Vale MP Alun Cairns, in which he highlighted the difference in rate-relief schemes between England and Wales.

They will be taking to the street on Saturday 29th at 8:30am, before shops open, to demand that the Welsh Government cut taxes for small businesses in Wales to at least the same degree as the UK Government will for businesses in England.

In addition, the UK Government is set to change the administration of business rates in England by switching the yearly uprating from the higher Retail Price Index to the lower Consumer Price Index.

Taken together, Alun Cairns says that these policies have the potential to significantly mitigate the impact of re-valuation in towns such as Cowbridge.

Mr Cairns said, “High Streets are the foundation of the economy, and provide an invaluable social and cultural function. These independent shops, local institutions in their own right, must be given the opportunity to survive and thrive with better rate relief as will be available in England.

“It cannot be right that businesses in Cowbridge and across Wales end up paying more than they would on the other side of Severn.

“On Saturday I will be joining Cowbridge businesspeople to call for the thresholds for rate relief to rise as they will in England to protect the High Street.”

Alun Cairns and the Cowbridge traders will meet at 8:30 on Saturday October 29th. All concerned about the future of the High Street are welcome to join them.