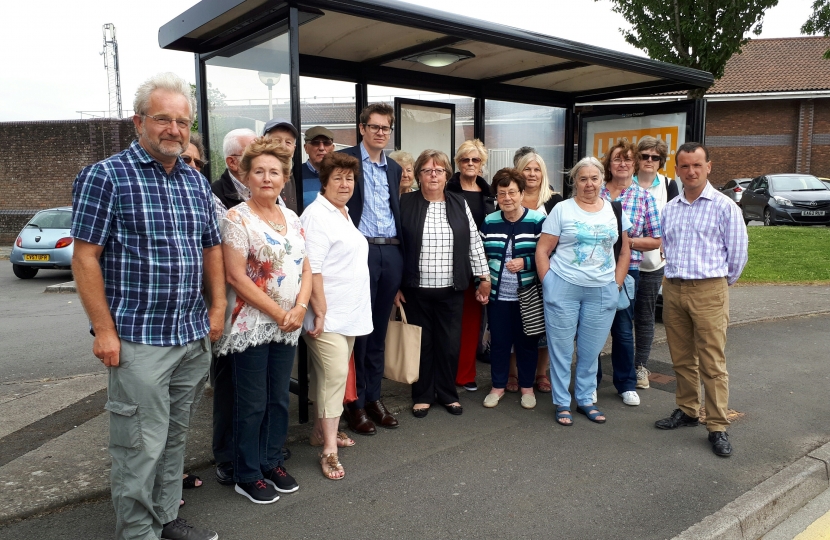 Highlight Park residents are calling on the Welsh Government to restore the 98 bus service which serves this densely populated area of Barry.

Residents gathered at the Lakin Drive bus stop to protest the “insufficient service” which runs between the hours of 8.13am – 2.14pm, also demanding that the Welsh Government reverse its cuts to the Bus Service Support Grant, which in 2014 saw the service shortened.

Councillor Leighton Rowlands, who has been campaigning for the bus service to be extended said, “Upon speaking to Highlight Park residents in my ward, it became instantly clear that this is one of the biggest problems facing those living in this area.

“The Welsh Government waste millions of pounds every year to fund the T9 ‘ghost bus’ to run empty between Cardiff and the airport, but cannot support much needed local services.”

Local MP Alun Cairns said, “It makes no sense to me why a bus service as vital as the 98 would only run for such a limited number of hours in the day. Highlight Park residents who rely on this service have to return from town in the early afternoon, otherwise they are stranded. This cannot continue, as it simply isn’t fair on those residents.”