Improve Bus Services in the Vale - Bus Back Better! 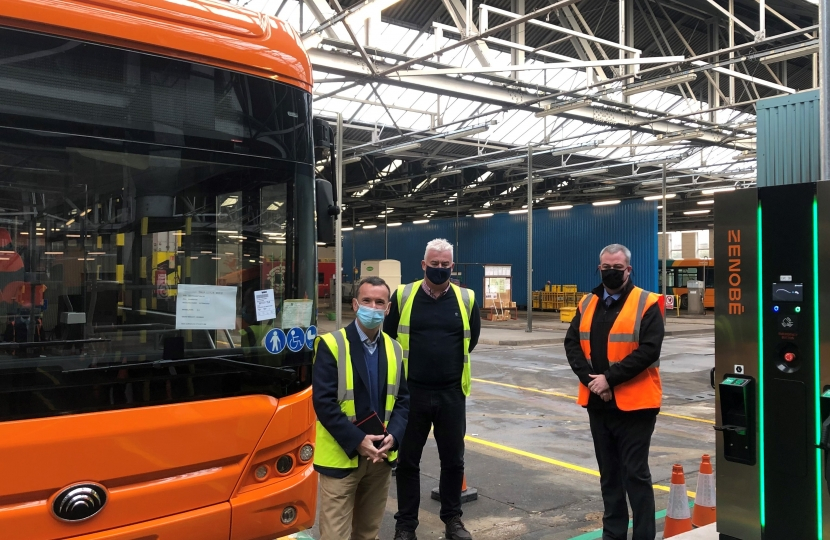 Vale MP Alun Cairns is calling for improved bus services in the Vale. Below is a survey to comment your thoughts on Vale of Glamorgan and Barry's bus services.

Some months ago Vale MP Alun Cairns met with the Managing Directors of Cardiff Bus to call for increased routes and funding into the Vale constituency.

In a positive and constructive meeting held at the Cardiff Bus depot in Leckwith, Alun Cairns called for Barry and the Vale to see new bus routes introduced to serve growing communities. Mr Cairns also learned of the pandemic pressures that Cardiff Bus have been under in recent months but that the frequency of Cardiff Bus services in Barry are now up to pre-pandemic levels.

Alun Cairns commented on the meeting, 'it was great to meet with Cardiff Bus and better understand the pressure they are under and their plans moving forward. I was shouting for the Vale and encouraging them to introduce/extend new routes to and protect existing ones such as the vital 93 and 98 services that run in Barry.'

'I have written to Vale Council Leader Neil Moore and Transport Secretary Lee Waters MS, to ask them to positively engage with Cardiff Bus to see if flexibility can be found in funding to allow for new or amended routes, I hope for a positive response from both of them.'

'Buses form a vital part of serving our communities and I want to champion them, I certainly am Team Bus! I also had a ride on Cardiff Buses new electric bus which will be introduced to the Vale in the future. I plan to meet with other bus companies to operate in the Vale to have similar discussions and support my constituents who regular use the bus service and to make buses and public transport a more attractive means of travelling.'

Vale MP Alun Cairns met with the Managing Directors of Cardiff Bus to call for increased routes and funding into the Vale constituency.