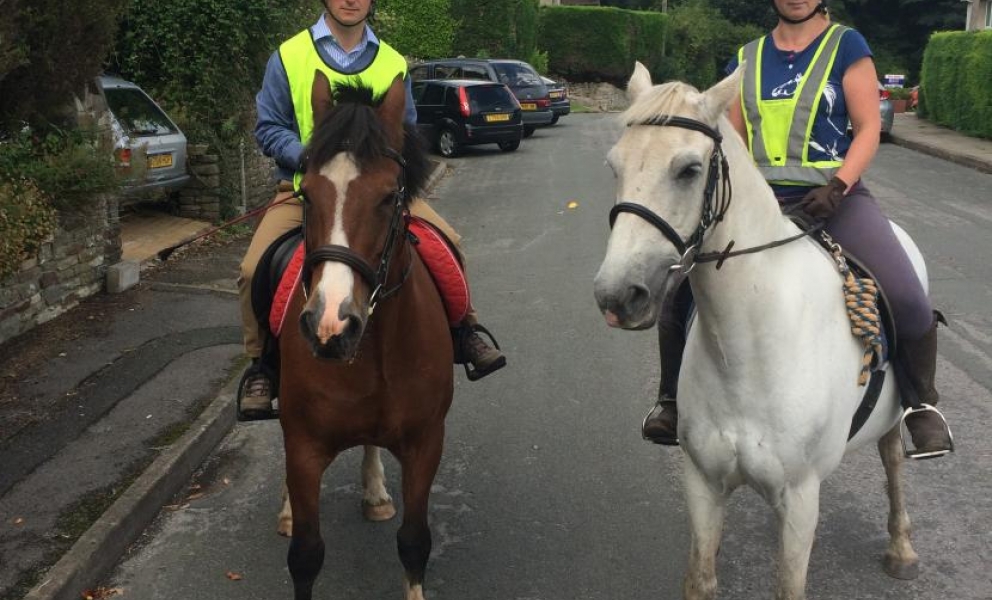 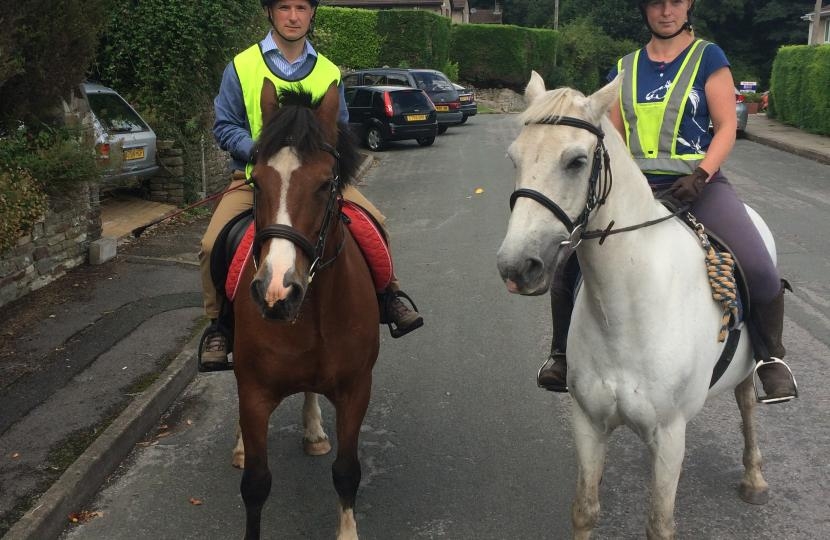 A Dinas Powys family are trying to make horse riding on public roads safer for riders and drivers by promoting the “Pass Wide and Slow” campaign here in the Vale of Glamorgan. The campaign aims to reduce the number of accidents involving horses by informing drivers of the danger that frightened horses can pose to vehicles.

The Smalley family, who ride near Wenvoe, are concerned that riding is becoming less safe due to increased traffic, with a corresponding increase in drivers who don’t know how to approach horses. 11 riders were killed and 116 seriously injured across the UK last year as a result of collisions with vehicles. There are fears that that figure could rise as greenfield development continues apace across areas such as the Vale of Glamorgan, adding hundreds of commuting drivers to rural roads.

Ulrike Smalley told the GEM that too many drivers don’t realise how unpredictable and easily spooked horses can be. She has now enlisted the help of Vale MP Alun Cairns and Vale-based regional AM Andrew RT Davies to spread the “Pass Wide and Slow” message locally. Last week, the politicians joined the family for a ride along local roads to promote the campaign and witness the problem first-hand.

Mrs Smalley said, “Although a lot of drivers are considerate and pass us with caution, there are always those unwilling to slow down and we have had more than one incident of drivers sounding their horn when asked to slow down and driving past at speed. We are now very cautious of taking our nine-year-old daughter out hacking which is sad, as it gives her much pleasure, gets her out and about and builds her confidence.”

Mr Cairns, after having ridden around Wenvoe with the Smalley family, said, “It is a shame that some drivers, often more through ignorance than carelessness, can cause riding to be far more dangerous than it needs to be. Road users need to know that horses are very unpredictable and that riders never have full control of the animals. As I discovered on my ride, horses can be spooked by as little as a change in the colour of tarmac on the road.”

Andrew RT Davies also met with Mrs Smalley and fellow riders to be presented with a “Pass Wide and Slow” leaflet designed by young rider Keri Mills as part of her English Homework. Her work is now the official leaflet of the campaign and was praised by Mr Davies as “far more informative and engaging than the majority of political leaflets I have seen in my time.”

Mr Davies told the GEM, “The Pass Wide and Slow Campaign is a fantastic initiative to raise awareness of the dangers horse riders face out on the roads.

“As keen riders, Ulrike and her family experience these on a regular basis, and I am grateful to them for taking the time to meet with me to explain what can be done to improve things.

“Here in the Vale, we are fortunate to have many riding facilities available, but obviously it comes with risks that must be kept to a minimum. Horses are easily scared by cars that don’t take care when passing, and this can cause them to spook and rear, putting the horse, the rider and the driver in danger.”