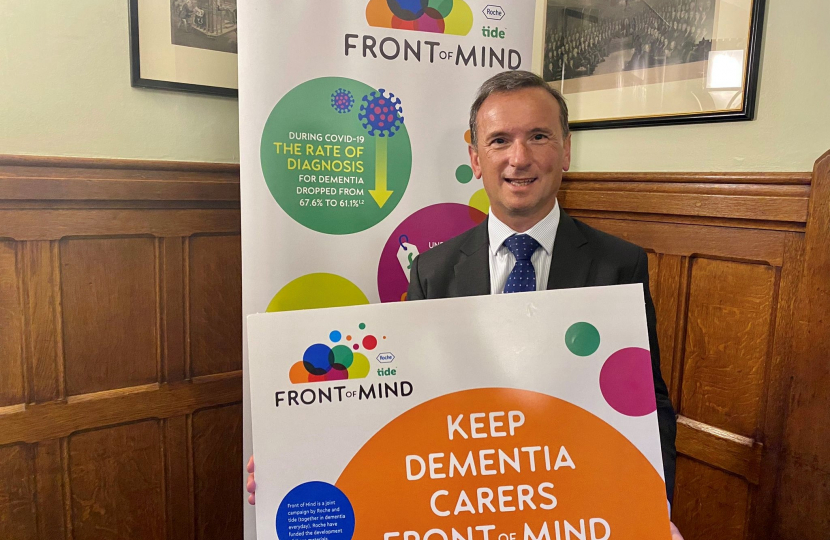 Organised for the Front of Mind campaign, a joint initiative between Roche UK and tide (together in dementia everyday), the event saw MPs discuss findings of a new report, ‘Levelling up dementia diagnosis’, which found that 43% of people with dementia remain undiagnosed. The report by Future Health, which was commissioned and funded by Roche in partnership with York Health Economics Consortium, also found that diagnosis rates vary markedly across the country from 83% to 47%, while people in rural areas and those from ethnic minorities face particular barriers to accessing services they need.

“Without a confirmed, accurate diagnosis of dementia, people will struggle to access medical and social interventions that could ease their symptoms and support their unpaid carers. It is vital that we tackle the unfair variations across the country in the diagnosis pathway.”

During the event, Alun explored the impact of dementia in their constituency through an interactive data mapping dashboard. They also spoke to carers and trained policy influencers from tide, before photos were taken with a Front of Mind pledge card.

Sam Bolam, Chief Executive of tide added: “It’s really encouraging to see MPs come together to discuss the impact of underdiagnosis on people with dementia. Too often, receiving dementia support is a postcode lottery, and we want to ensure everybody affected by dementia can access vital services – regardless of where they live.”

Vale MP Alun Cairns welcomed the news of extended bus routes across the Vale of Glamorgan, following discussions around issues raised to him by Vale residents.