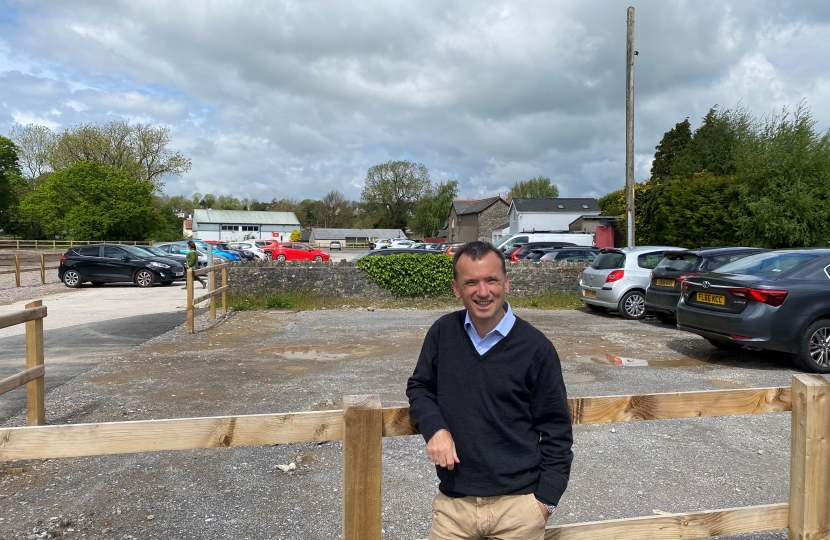 Local MP Alun Cairns is thrilled at the Vale Council’s decision to pause the supermarket development of the Cowbridge Cattle Market site.

In February the Council’s Cabinet determined that the Cattle Market site should be marketed for a supermarket. However, following a strong community-led campaign, the Council have responded by pausing their plans to ensure that the views of the community, including residents, businesses and local groups, are heard and considered.

The Vale MP stated, “neither residents nor traders were consulted on this development back in February and I am pleased to see that the Council will now take our thoughts and feelings into consideration going forward. We believe only through proper consultation can any plan progress.”

Alun Cairns added, “this shows that community led campaign do have an effect on Council policy and I hope this will continue into the future.”

The Council released a statement which explained that they would:
‘take time to reflect on some alternative potential uses for the land and ensure communities views are assessed.’

Coordinator of the local campaign group ‘Keep Cowbridge Special’, Mandy Davies, is also ‘delighted’ at the news that the Vale Council have decided to delay the marketing of the Cattle Market site for a supermarket development. The ‘Keep Cowbridge Special’ group has been a key part of the campaign against the Vale Council’s plan and is made up of local traders, town Councillors and local residents.

Mandy said, “we are thrilled that the Vale Council has listened to our concerns regarding the development and has decided to reflect and pause their plan in order to enable consultations and discussions to bring about an outcome that will benefit Cowbridge, our traders and the local community.”

Ahead of the consultation being launched, Alun Cairns is urging local people to respond to it and to clearly demonstrate to the Vale Council the strength of feeling in the community in opposition to a supermarket.