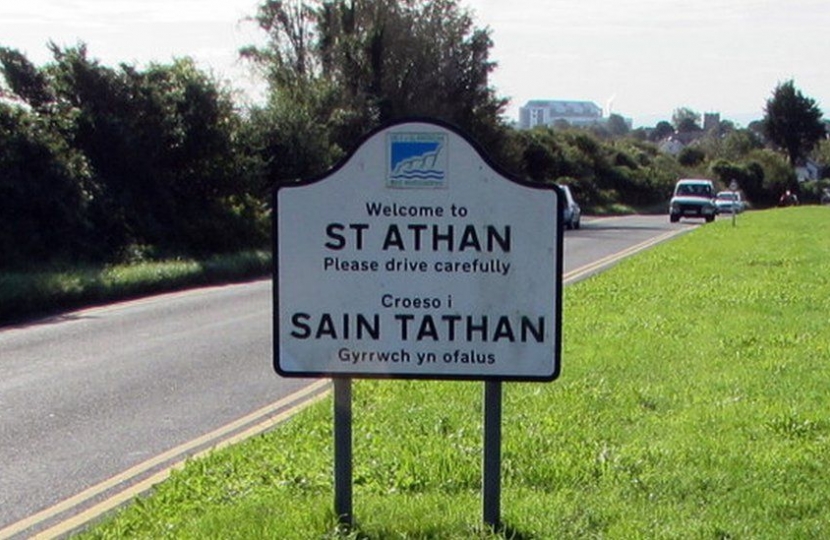 The Vale of Glamorgan Council has commissioned a consultancy firm to investigate the possibility of creating a railway station in St Athan.

Historically, there were two train stations located near the village, Gileston and St Athan Road, but both have long since closed.

Alun Cairns greatly welcomed the news stating, 'it is great news that the Vale Council have listened to calls and commissioned a feasibility study for St Athan railway station. I am delighted they have supported my plan for St Athan. This is a very significant step along the track to a new station!'

A third railway station, whilst named St Athan, was located some 3 kilometres to the west of the village near Boverton and also stopped operating some time ago.

Consultants Arcadis will look at an area around a section of the B4265, Barry to Llantwit Major Road, to determine if a suitable site exists.

They will take into account a number of factors, including those relating to environmental features, land information, planning constraints and station requirements, such as vehicle, pedestrian and cycle access.

Cllr Peter King, Vale of Glamorgan Council Cabinet Member for Neighbourhood services and Transport, said: “I understand the appetite for a railway station in St Athan so we have commissioned consultants to determine whether such a move is feasible.

“Increasing the use of public transport is in keeping with the Council’s Project Zero initiative to reduce carbon emissions so this is something we are very interested in investigating.”

Once Arcadis have completed the study, their findings will be reported and the Council will consider whether to take the matter forward.