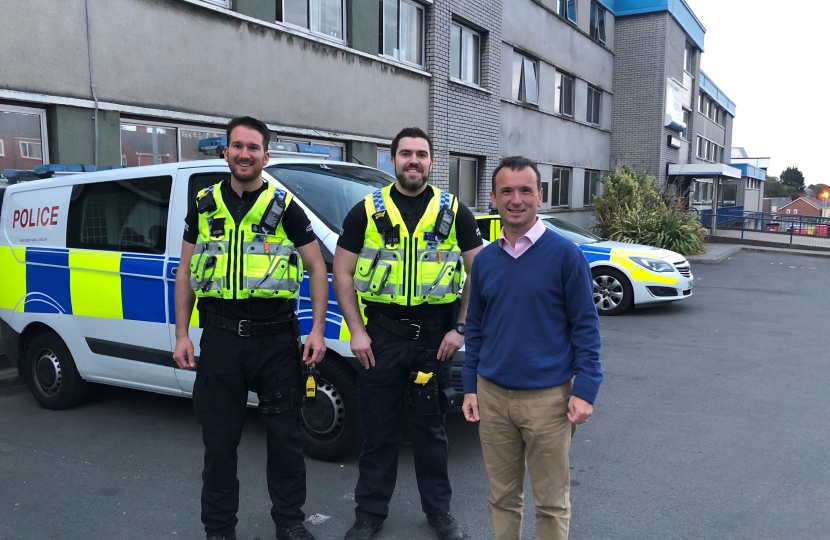 Vale of Glamorgan MP, Alun Cairns, has responded to recent figures stating violent crime has been on the increase in the Vale.

Mr Cairns outlined how the work and commitment of the Conservative UK Government to support our vital police services will have a positive impact on local policing in the Vale. Prime Minister Boris Johnson has pledged additional support for the police, most notably committing to an extra 20,000 police officers.

The Vale MP said, "an increase in violent crime is obviously concerning for the people of the Vale and increases pressure on our hardworking police officers, who I pay tribute to. I have recently joined our local police force on the beat and can see first-hand the work they do to keep people safe.”

He added, “the Conservative UK Government recognises the increasing strain on our police service and are delivering an extra 20,000 police officers. The Conservative Party are the party of law & order, and our commitment to increasing the amount of police officers on the beat is just the first in a series of measures to ensure we are tough on crime."