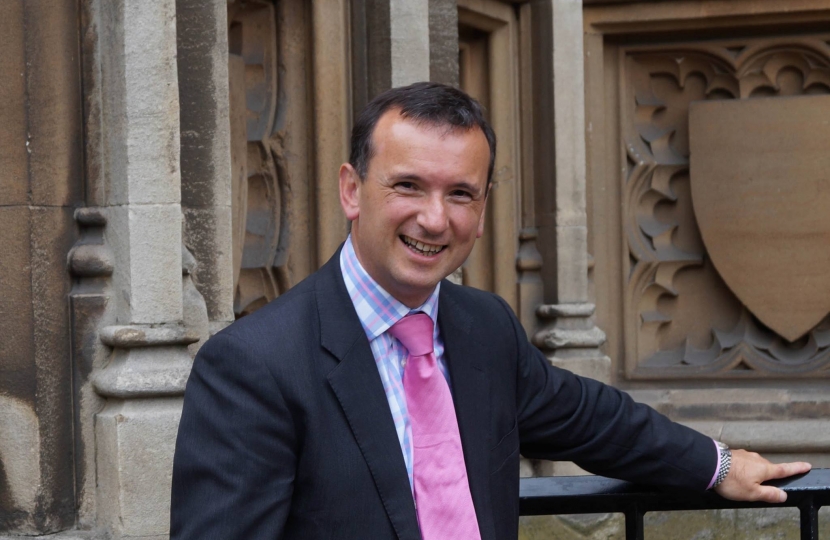 As this is published we will have just enjoyed the Vale of Glamorgan Agricultural Show and even before the event, I write knowing that it will be the major success that it is each and every year.

The Show brings together Barry and the rural Vale and demonstrates the outstanding agricultural sector that we have locally. I pay tribute to all those who work incredibly hard work to make the event possible, giving their time to prepare and set everything up.

The Show is a perfect opportunity to engage with agricultural workers from across the Vale on a number of hot topics that the industry is currently dealing with. Only recently I spent time speaking to farmers along with my colleague Michael Gove, the Environment Secretary. During these discussions we spoke about the commitment of local farmers to the highest animal welfare and environmental standards, something which the Government is keen to promote and support. Events like the Vale Show, in its beautiful surroundings, give a gentle reminder of the urgent need to protect our environment, a point which has informed much of my work at both a local and governmental level.

It is paramount that we have a Government that is leading the way in tackling environmental issues. That’s why I’m delighted that Mr Gove, during his time in the Department for Environment, Food and Rural Affairs (DEFRA) has prioritised our ambition to be the world’s greenest government. We’ve recently announced a Clean Air Strategy which is designed to cut air pollution further and introduced a Bill to ban ivory sales which will strengthen our protections for animal welfare. This is in addition to the policy for CCTV in all slaughterhouses, the ban on micro-beads and the ban bee-killing pesticides. I’m also delighted that, between 2010 and 2016, the UK Government has decarbonised our economy faster than any other G20 country and reduced greenhouse gas emissions by 22%.

The UK Government has taken big strides on stronger protections for animal welfare and taking tough action on plastic waste as we uphold our responsibility for protecting our planet.

In the Vale, I have promoted a greener lifestyle by getting involved with litter picks, beach cleans and I also supported the #2minutebeachclean project on Barry Island which aims to encourage personal responsibility over our waste. We all recognise that there is a clear need to tackle our planet’s problem with plastic. During Lent, back in February this year, I gave up non-reusable cups to highlight how we can take seemingly small measures to make a bigger impact. Many of us watched David Attenborough’s ‘Blue Planet’ with horror, as he shed light on the levels of plastic that are polluting the planet’s waters. This programme in particular has had a big impact on people and I note that some schools in Barry have set up their own plastic-tackling initiatives in response to it. I hope that with more awareness being spread that more people will act to reduce their personal plastic consumption.

I’ve also awarded local business The Beach Hut, who championed the Barrybados hashtag, with the title of the Vale’s ‘Responsible Business Champion’ for their work to cut waste and the use of plastic packaging. It’s so important that, while we as individuals do all that we can to do our bit to make the world a cleaner place, businesses are also conscious of their environmental footprint.

I really hope that everyone going forward will do their bit for the environment and, like me, find themselves reminded of our duties when enjoying excellent community events such as the Vale Show.