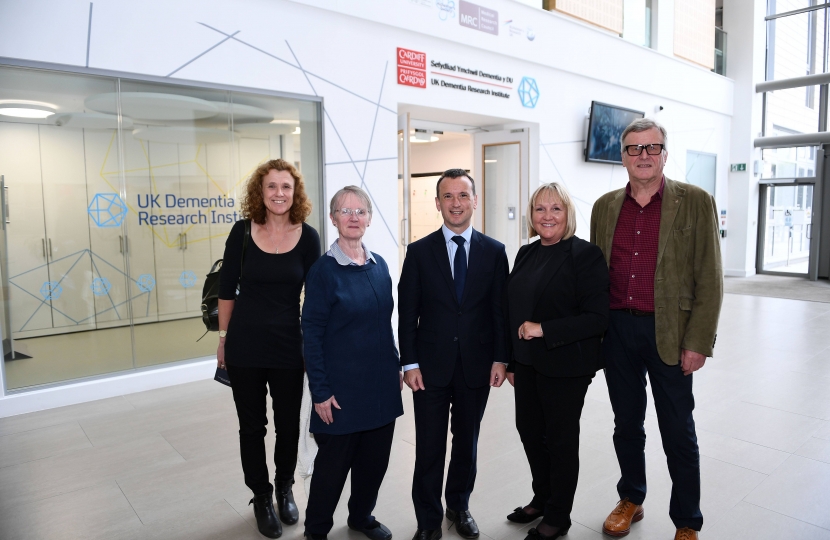 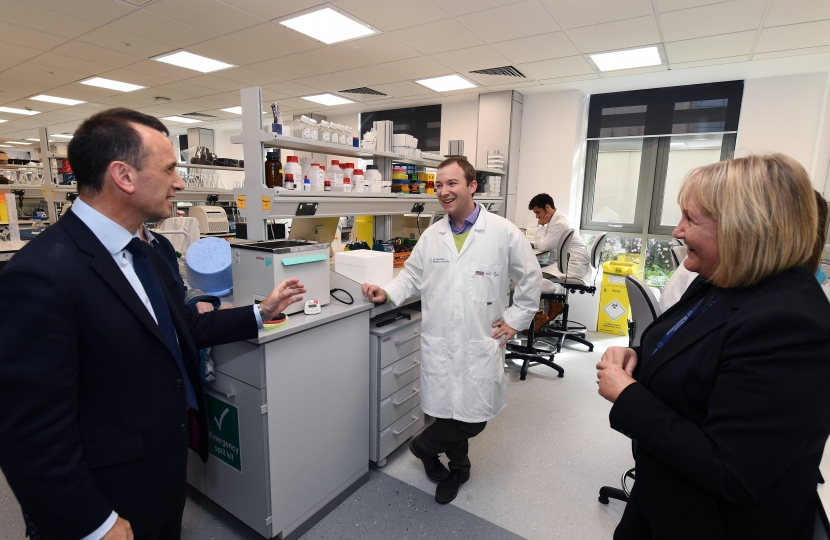 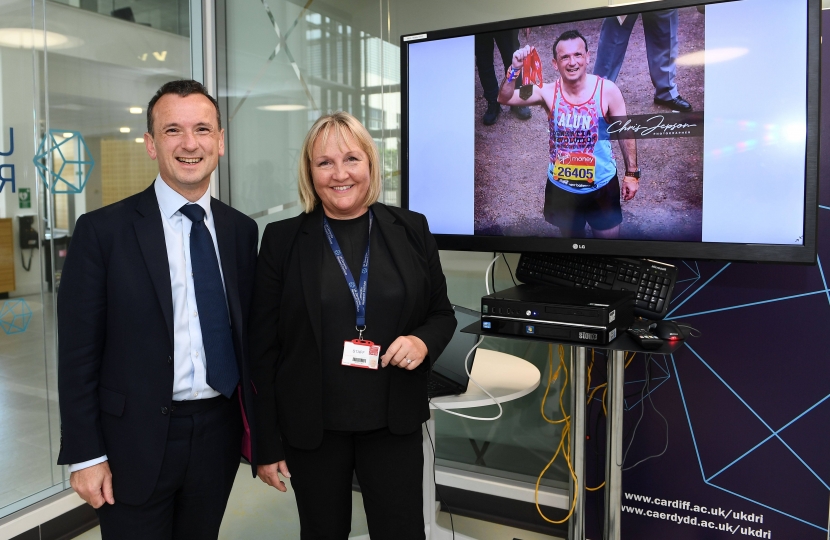 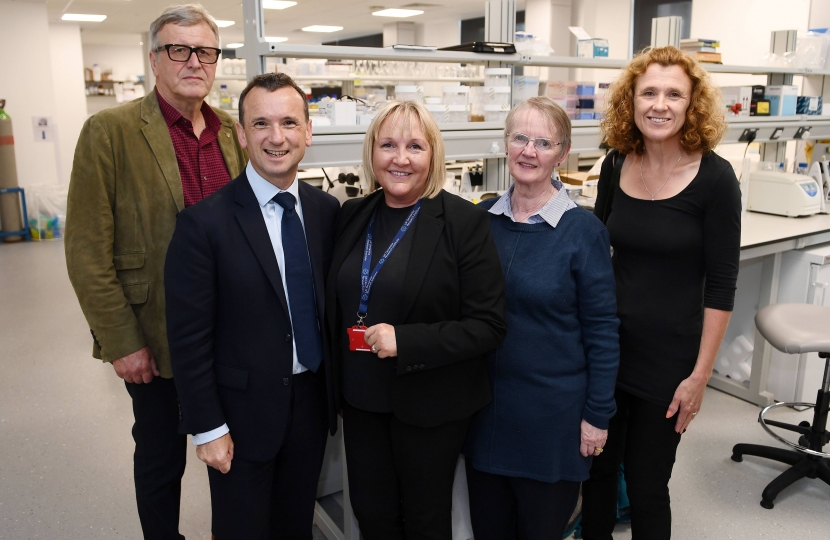 Vale MP Alun Cairns has visited the UK Dementia Research Institute (UK DRI) at Cardiff University, along with local dementia champions, to meet with expert dementia researchers and learn more about their vital work. This follows running for the Dementia Revolution in this year’s London Marathon.

Mr Cairns has been working with Teresa Mcguire and Dawn Howles, both of Llantwit Major, and Steven Blackman, of Cowbridge, in his efforts to create a more dementia friendly community in the Vale of Glamorgan. Together, with the support of other local residents, they have organised training sessions for businesses, community groups and individuals to help people learn about how they can support people living with dementia in the Vale. This inspired Alun to run for Dementia Revolution in the Marathon and the visit provided an insight on where the funds that he raised will make a difference.

The £20 million Cardiff centre is aimed at finding effective treatments for dementia and is one of six that together make up the UK DRI. The six centres across the UK are a joint £290 million investment from the Medical Research Council (MRC), Alzheimer’s Society and Alzheimer’s Research UK.

Launched in November 2018, the UK DRI at Cardiff is building upon research on dementia and in recent years, more than 40 genes which contribute to the risk of Alzheimer’s disease have been discovered. The team at Cardiff is using this knowledge to work on new theories and discoveries.

The Dementia Revolution was this year’s Charity of the Year at the 2019 London Marathon, the campaign brings together Alzheimer’s Society and Alzheimer’s Research UK to power groundbreaking dementia research and lead the charge towards a cure. This year, the Vale of Glamorgan MP has raised close to £8000, half of which will be spent on dementia research.

He continued, “With over 45,000 people living with Dementia in Wales, Cardiff University’s revolutionary research is helping to change the outlook of thousands of people across Wales living with the disease today and in the future.”

She added, “Continued investment in dementia research is crucial if we want to discover new ways of treating and preventing this set of devastating diseases and transforming the outlook for people who are living with them today and in the future.”

Dementia is the biggest health threat facing society today and there are currently no effective treatments to slow, prevent or cure it. Today almost one million people in the UK are living with a form of dementia, the most common one being Alzheimer’s disease. Sadly, one in three of us will be affected by dementia in some way.