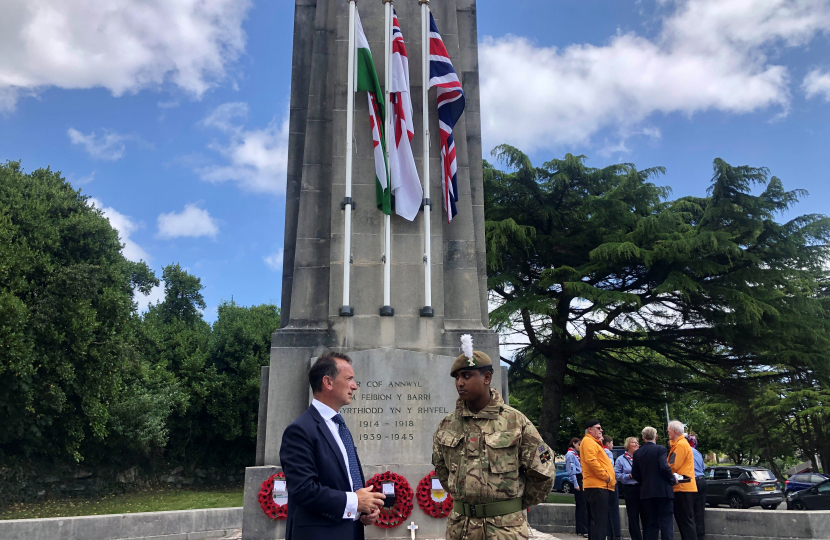 Alun Cairns MP joined veterans, cadets, scouts and other members of the public to join together for a service to commemorate the 40th anniversary of the Falklands War.

The service, held outside the Memorial Hall in Barry was very well attended on a sunny morning on the 12th June.

Alun Cairns commented, “it was a really nice service that was certainly moving. It is only right that we commemorate this conflict and those who gave their lives serving for our country. I want to thank Barry Royal British Legion branch for their continued hard work and for organising todays service.”