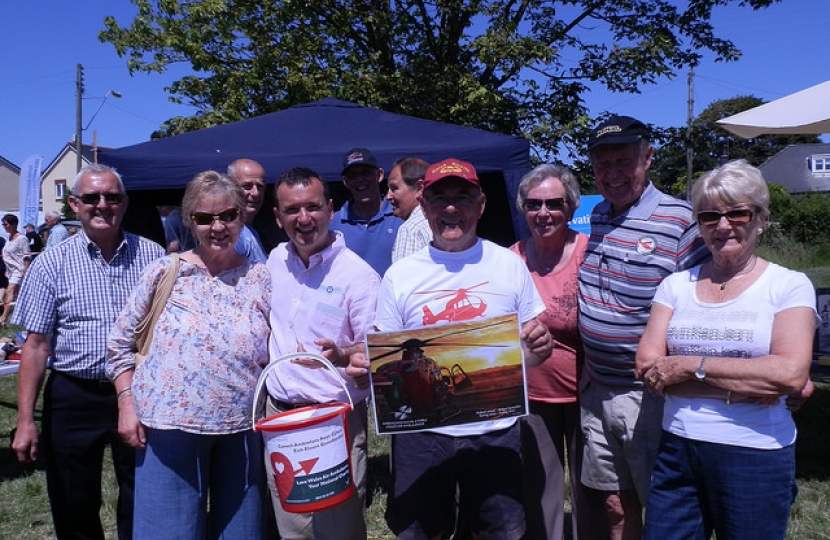 There were stalls offering a variety of locally made produce; charities were represented on site and stalls offered fun and entertainment for all.

Alun tried his best to hit the bell in the hammer ‘test your strength’ game, hosted by Llantwit and Cowbridge Lions. He also helped local Conservatives raise money for the Air Ambulance by joining them on at a coconut shy.

“The great weather set a fantastic backdrop for this event. It was wonderful to see the community coming together and the local Conservative Branch raised several hundred pounds for the Welsh Air Ambulance.

“I have to thank Ralph Austen and Tony Bennett for all their hard work in raising the money they did.

“I was particularly impressed with the arrangements for children which included archery, short tennis and football. The Llantwit Event Committee and the Lions did an outstanding job.”