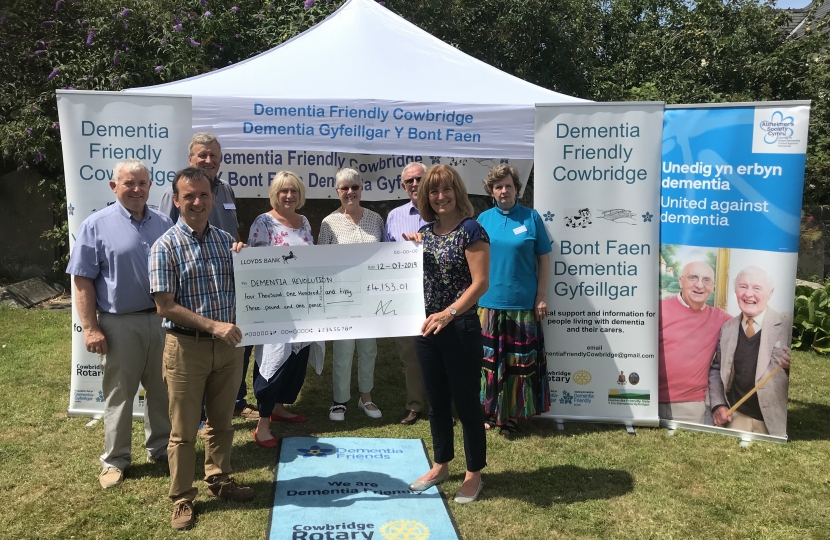 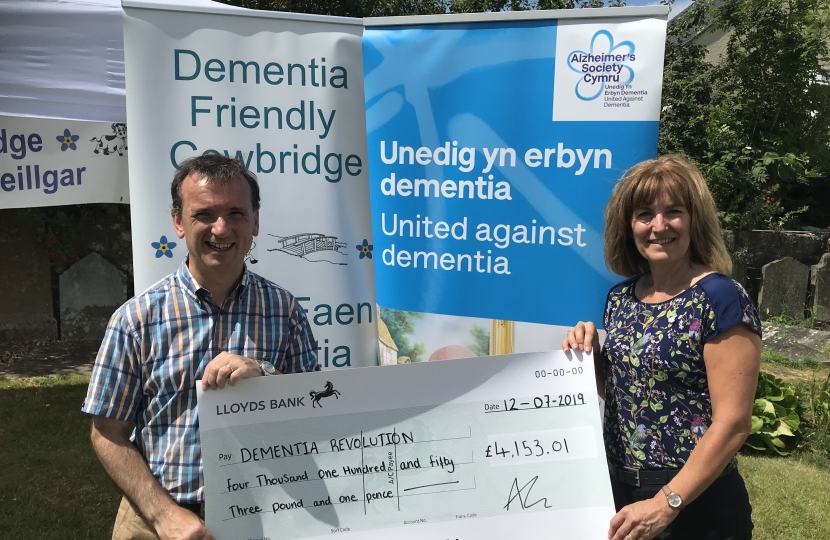 Dementia Revolution, the official charity of the 2019 London Marathon, has been handed a cheque for £4,153.01 following Vale MP Alun Cairn’s eighth Marathon in as many years. Mr Cairns completed the 26 mile course in 3 hours and 45 mins and raised over £8,000 in total, with donations split between Dementia Revolution and Guide Dogs.

This year the Alzheimer’s Society and Alzheimer’s Research joined forces to create Dementia Revolution, an impressive campaign which raised significant funding for and awareness of the battle against dementia.

The Vale MP has been a committed supporter of dementia charities and awareness, working to establish Dementia Friendly communities across the Vale. This includes setting up Llantwit Major Dementia Friends which holds briefing sessions for residents, businesses and community groups to help spread understanding of dementia locally.

Representatives from Dementia Friendly Cowbridge joined Alun Cairns MP and Alzheimer’s Society Cymru to celebrate the cheque handover. Mr Cairns commented, “I’m absolutely delighted to have raised over £4,000 for Dementia Revolution, a cause that is very close to my heart. I’ve seen first-hand the research that these funds will contribute to, which is incredibly sophisticated and impressive. Thank you to everyone who has supported me, your generous donations have been overwhelming and I would also like to thank all involved with Dementia Revolution for their fantastic support on the day of the Marathon. You helped to keep me going and get over the line!”