Onesies Order of the Day 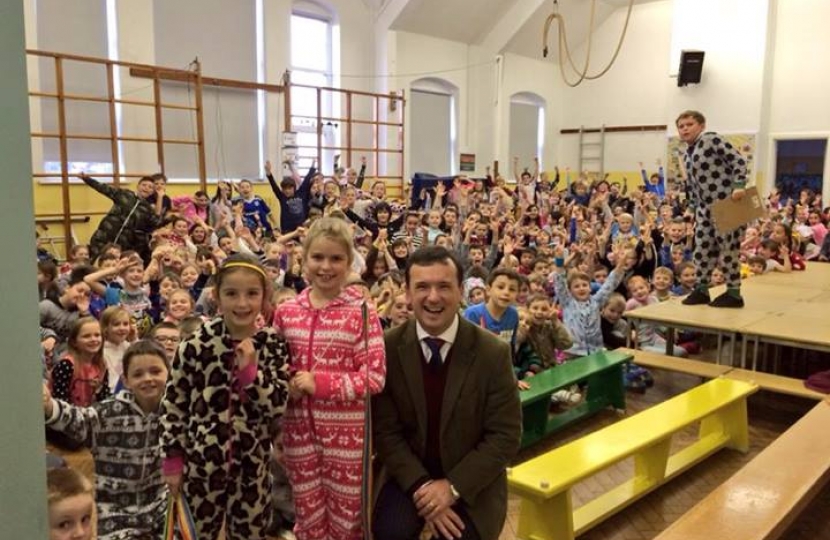 Local MP Alun Cairns joined Romilly Primary School in their effort to raise money for the BBC’s Children in Need.

Pupils swapped their uniform for pyjamas and organised a Romilly’s Got Talent competition during the afternoon, raising hundreds of pounds for Children in Need in the process.

Alun Cairns said, “It was such great fun. All pupils and staff made an amazing effort to raise money for Children in Need.

“It was so funny to see them all dressed in pyjamas – even the teachers. Onesies were the order of the day!

“The Romilly’s Got Talent was fantastic. It was a way where the pupils could show off their talent to their friends and teachers, just as on the television programme. It obviously developed their confidence and self esteem.

“I so enjoyed the visit.”