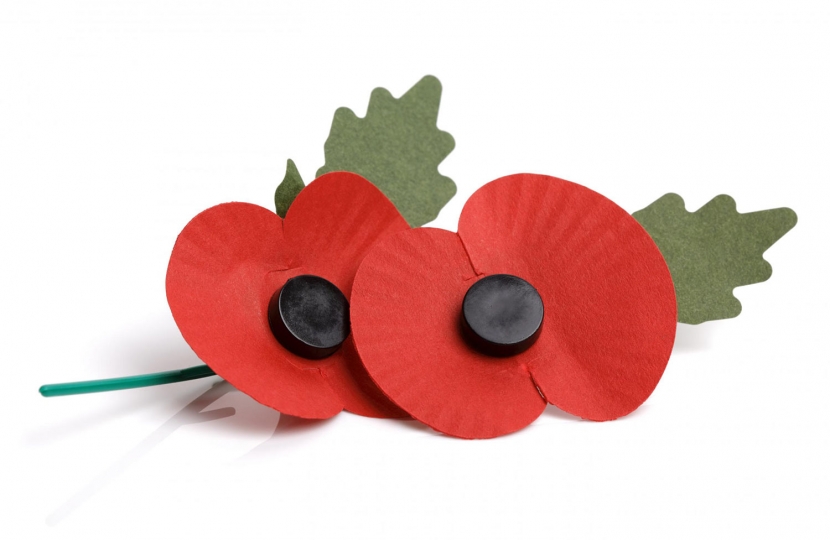 This year, for the first time in over a decade, I will not be with local veterans on Remembrance Sunday at services in the Vale of Glamorgan. As Secretary of State for Wales, I have been asked to place a wreath on behalf of the Welsh people at the national remembrance ceremony in Whitehall.

The laying of wreathes at the Cenotaph in London to honour our war dead is rightly a poignant and solemn part of our national life. We in Britain have seem to a special talent for putting on set-piece national ceremonies in the capital with dignity and circumstance, but this is only a part of the mass exercise in remembrance that takes place across the UK.

People up and down the land turn up to remember and respect our fallen in front of war memorials in every town and village in numbers far exceeding those we can see on televised coverage of the national ceremony. Every community has felt the loss of war and is connected to the sacrifice made in defence of freedom. It is heartening to feel the quiet determination of people in towns like Barry, Cowbridge and Llantiwt Major to go on remembering long after the mass causality conflicts of the 20th Century.

There will be no end to the remembrance of those who have died for us on the battlefield. The generations who experienced total war may pass, but their stories will remain. Many of those attending local ceremonies on Sunday will be young, some in regular and cadet uniform, but will have a keen appreciation of the heroism and the suffering of those who died so that they might live.

Earlier this year I visited Mametz Wood in Northern France, the site of one of the fiercest engagements of the 1916 Somme Offensive of the First World War. 4,000 Welsh soldiers were killed here over five days as they battled successfully to take control of the wood and push the German Army out of their defensive position. The detail of the survivors’ accounts of brutal, sustained hand-to-hand combat are breathtakingly horrific.

As we remember this Sunday and reflect on the loss of life, and express gratitude for the sacrifice made for, we should also dwell on the sheer courage that these men showed in the face of brutality, carnage and bloodshed that we can only attempt to imagine. Without that willingness to fight and to die, the freedom we take for granted would not exist and the world would be far darker place.

Let us forever honour all those who fight and die for us, in every conflict, to protect us and our way of life.