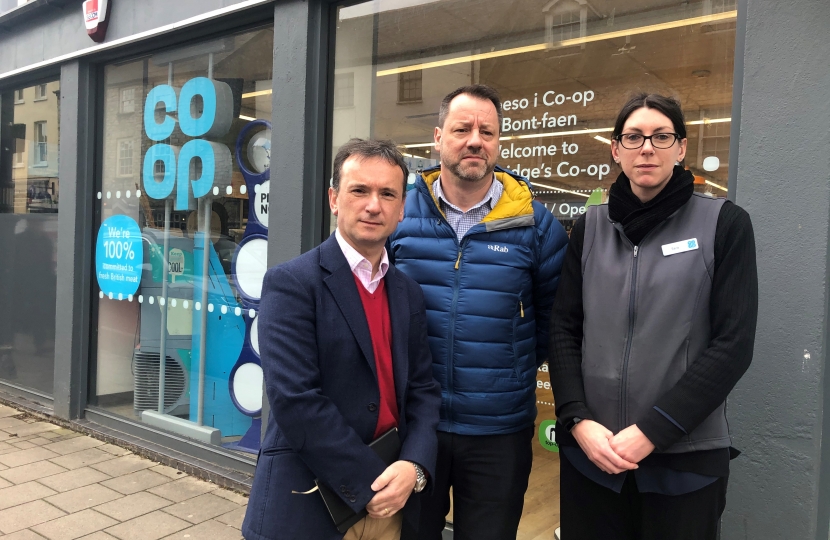 Local MP, Alun Cairns, has met with the Area Manager and Branch Manager to discuss their decision particularly the impact on staff.

The Co-Op confirmed to Mr Cairns that all 13 members of staff have secured employment or chosen to pursue new alternatives.  The company had offered jobs to all staff employed at the Cowbridge store.

MP for the Vale, Alun Cairns, has said: “I was glad to be re-assured by Co-Op that all is being done to ensure their staff have been a focal point of their considerations throughout the closure of this branch.

“All thirteen members of staff have been offered new roles within the company, with some choosing to use this as an opportunity to move on.

“Equally important, Co-Op have reached a deal with another exciting business who will be moving into the premises on High Street.

“After five years of operating it is a shame to see this great shop close, but I am looking forward to working with the new business – soon to be announced.”