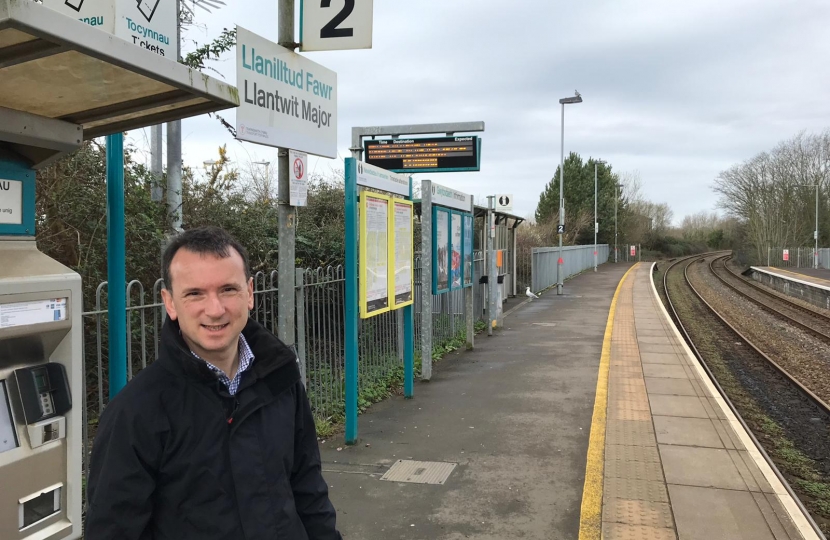 Vale MP Alun Cairns has received confirmation from the Secretary of State for Transport that Llantwit Major train station will be included in the UK Government’s £300m Access for All programme.

Llantwit Major will benefit from the installation of a new lift, making the station accessible for people with disabilities and mobility issues. The UK Government confirmed funding from their £20m Mid-Tier Access for All programme which includes upgrades at 124 railway stations across Great Britain.

In his letter, Transport Secretary Grant Shapps MP expressed the Government’s priority for our transport system to be the best in the world for disabled people. Additionally, he set out the Government’s commitment to improving accessibility across all types of transport, which is why the Inclusive Transport Strategy was launched last year to create a transport system offering equal access for people with disabilities.

Mr Cairns said, “I am delighted to see investment at Llantwit Major train station. This is a very well used station and it’s so important that it receives the necessary upgrades to enable people with disabilities to access public transport locally. This is in addition to upgrades that we’ve already secured on the Vale line at Barry and Cadoxton stations. I’m also pleased that the UK Government has been engaged with the Alzheimer’s Society, among other groups and stakeholders, on the ‘It’s Everyone’s Journey’ campaign. Residents will be aware of my initiative to make Llantwit a Dementia Friendly town and it’s important that the related issues are a key consideration for the future of public transport.”