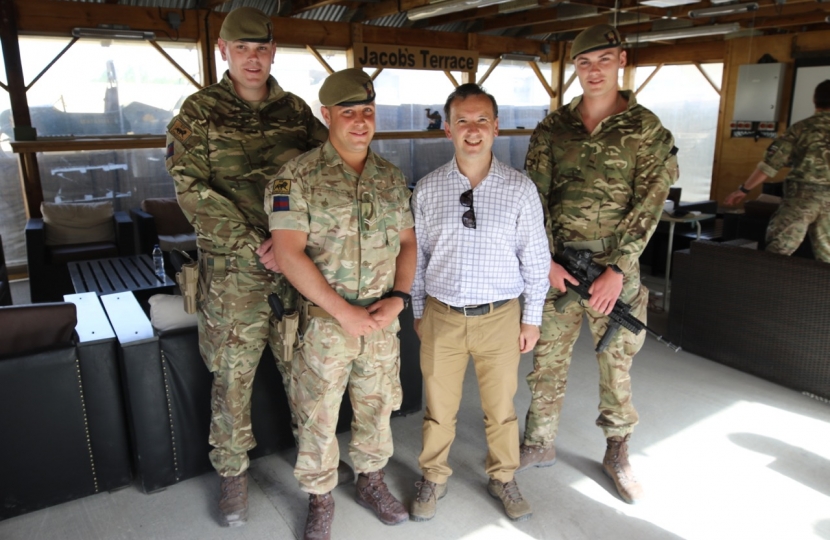 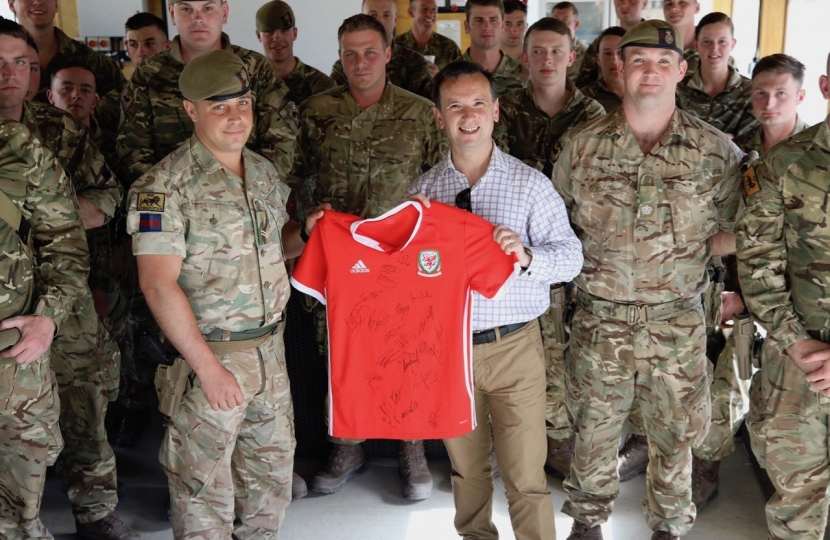 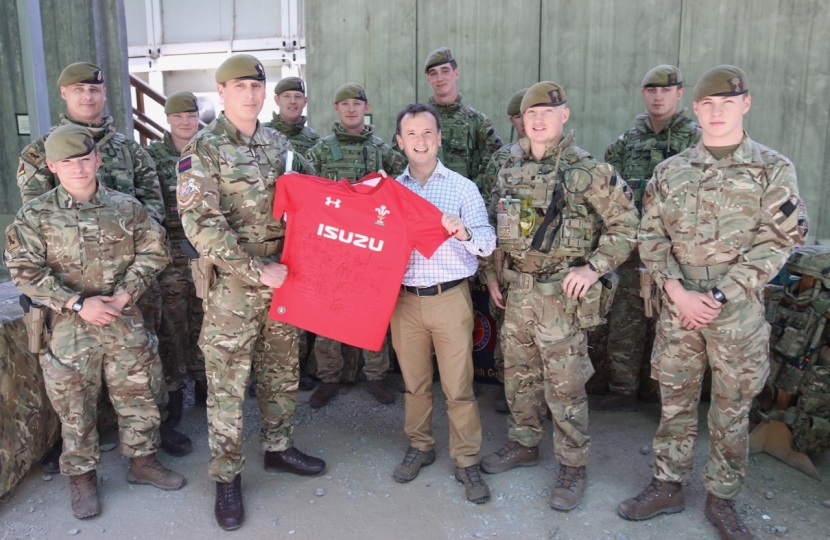 Local MP, Alun Cairns, met serving Welsh Guards from Llantwit Major and Cowbridge on his recent visit to Afghanistan in his role as Secretary of State for Wales.

In his brief visit to the Afghan capital, Kabul, Mr Cairns was able to sit down with the soldiers of the Welsh Guards and learn more about their role in providing security and mentoring help to Afghan officials as the country’s Government continues its work of reconstruction.

As a champion of the armed forces, Alun Cairns was keen to hear of their operations and conditions from the Guardsmen first hand.

He also met senior British army commanders for an update on the troops’ peace-keeping mission.

Having heard from the soldiers first-hand about their life in Kabul, I am incredibly proud of what the Welsh Guards are doing. This is a regiment with a century-long history of serving across the world in conflicts from WWII to Palestine and the Falklands. They are now on their third tour of duty in Afghanistan, and showing the incredible spirit they always do.

Whilst I have always championed our Welsh servicemen and women, being in Afghanistan really brought home to me the work they do in dangerous circumstances. All of Wales owes them a vote of thanks.”

The Welsh Football and Rugby Union teams joined forces to send their thanks to the Welsh Guards serving in Afghanistan – in the form of signed shirts for the troops.  Mr Cairns was able to deliver the morale-raising gifts on the visit. When the WRU and FAW heard about the trip, they donated the shirts – signed by the team – which now proudly hang on display inside the Kabul Barracks.

“I am really pleased our football and rugby teams came up with the shirts as a recognition of the important work being done by our troops. They are doing a fantastic job in a volatile climate, and it is vital that our soldiers know they are always in our thoughts. These shirts are a permanent reminder of that.”

There are currently 260 members of the Welsh Guards battle group deployed to Kabul as part of NATO’s Resolute Support Mission from all parts of Wales. Mr Cairns visited the Regiment’s base camp, sat in on preparations for a patrol and also learned more about their support for the Afghan National Army Officer Academy – often compared to the country’s equivalent of Sandhurst – which is producing the Afghan army’s future officer corps.