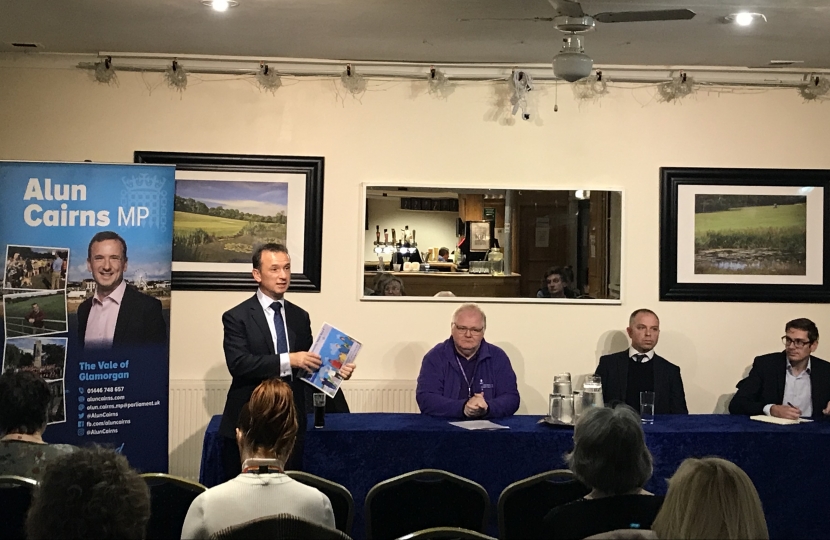 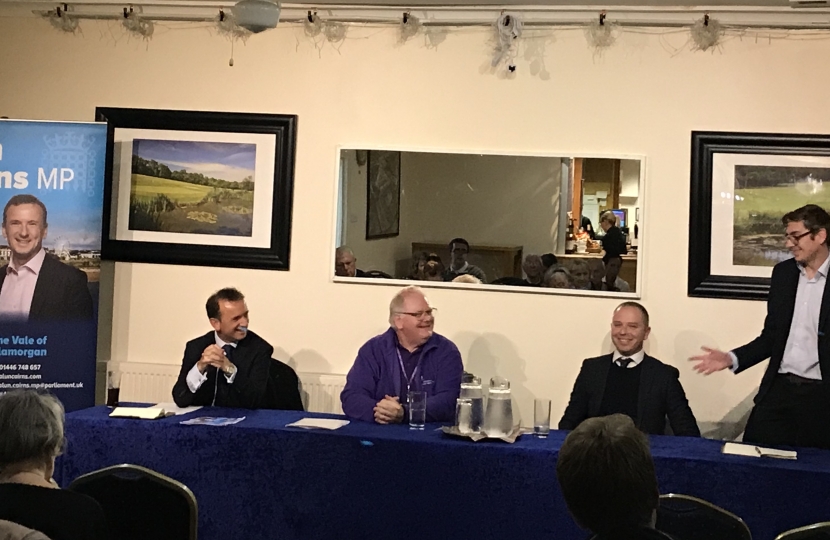 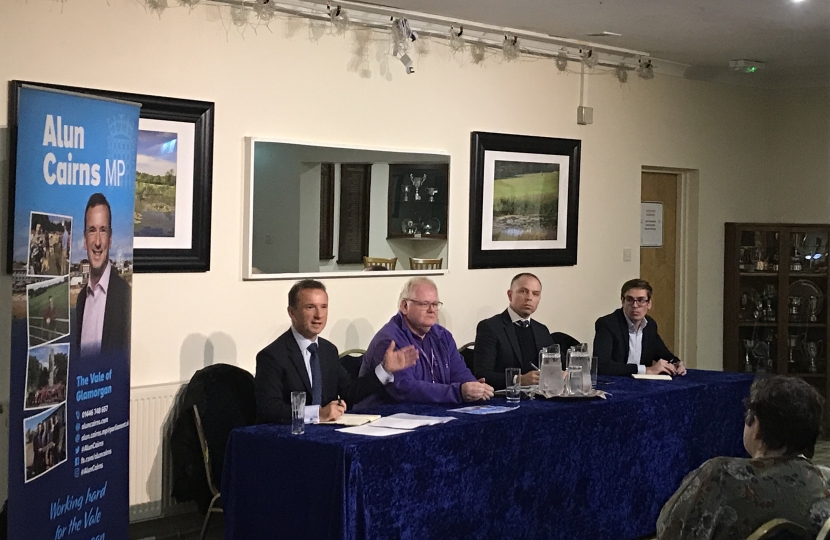 Vale MP Alun Cairns has held a Community Surgery at Brynhill Golf Club, specifically to discuss the proposed closure of the Sam Davies Ward at Barry Hospital. He was joined at the meeting by Stephen Allen from the Community Health Council (CHC), and Councillors for Dyfan ward Vince Bailey and Leighton Rowlands.

The proposed closure has ignited a passionate campaign amongst the local community, which has also seen a protest march through Barry. However, there has been a significant lack of meaningful communication, with low numbers responding to the Health Board’s engagement or writing to the CHC.

The aim of the public meeting was to give residents an opportunity to learn about the facts around the public consultation, which ends on 1st November 2019 and to ensure that residents effectively engage with the Health Board. Mr Allen, from the CHC, provided a detailed description of the engagement process and Mr Cairns has agreed to provide his constituents with a guide which will help them to make representations.

A range of action points were agreed at the meeting, which included setting up a stall at the Sam Davies Ward to encourage patients, their families and carers to feedback their views.

Mr Cairns explained that it is an issue which has had a massive impact on the community and that he’s determined that the voice of opposition locally is heard by the Health Board and Welsh Government.

“I am passionately opposed to the proposed closure of the Sam Davies Ward at Barry Hospital and I have been campaigning against the closure alongside many from across our local community. The reason I held this public meeting was to ensure that residents can present the most effective opposition to the proposals. It’s vital that our community engages with the consultation and makes it perfectly clear that we will not stand for local health services being diminished.”

“I’m deeply concerned about the salami-slicing of services, which risks the loss of the local health services that Barry needs. The demand for Barry Hospital will only increase. Instead of trying to centralise to Cardiff, Barry should be supported so that it can continue to offer valued services. Therefore, the Welsh Labour Government must reverse the proposals to close the ward. Our community is growing in size and it is completely unacceptable that there is a challenge to the local facilities that we rely on.”

“I’m really pleased that Alun decided to hold this meeting to establish the facts around the consultation and identify the best ways to engage with the Health Board. I’m conscious of the raw deal we are getting in Barry at a time when local services should be getting supported. When we look at England, there is the PM’s new hospital building program. Unfortunately, in Wales the Welsh Government is overseeing a reduction in services and attempting to centralise to Cardiff. It’s not good enough and we’ll continue to passionately campaign against this closure.”

Business Support in the Vale of Glamorgan