Zena Visited by Vale MP as She Turns 100 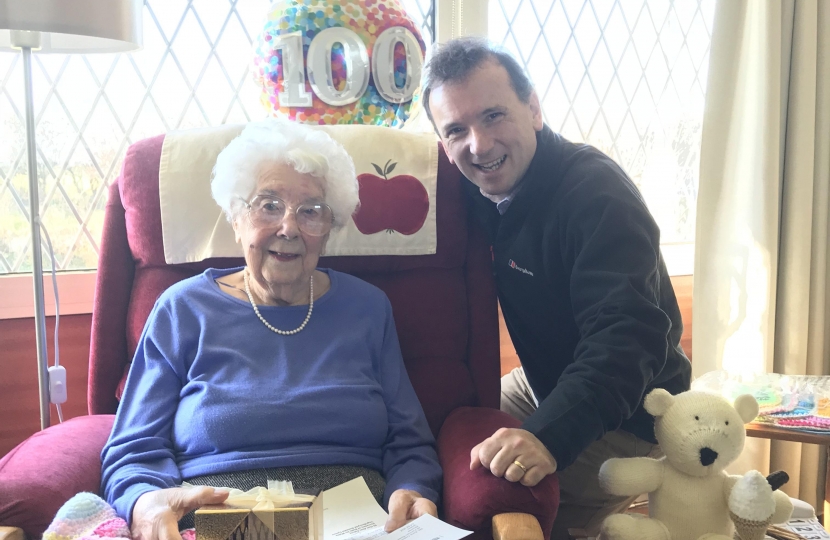 Zena has been a keen fundraiser for the Alzheimer’s Society over the years, a cause that Mr Cairns passionately supports. She has helped to raise funds for the charity by crocheting blankets and spoke to Alun about how items are due to be on display at a local craft fair this summer.

Alun and Zena spoke about her experiences over the last century and growing up during the interwar period. Mr Cairns said, “It was really special speaking to Zena about the incredible changes she has seen in her life. We had a laugh about the fact that when she first went to school the old Victorian schools, that are sadly now falling apart, would have been seen as new. It was absolutely fascinating to learn about her life and her excellent work raising money for Alzheimer’s.”